The Journey Down: Over the Edge
(10 downloads) 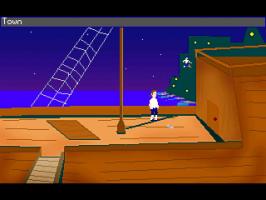 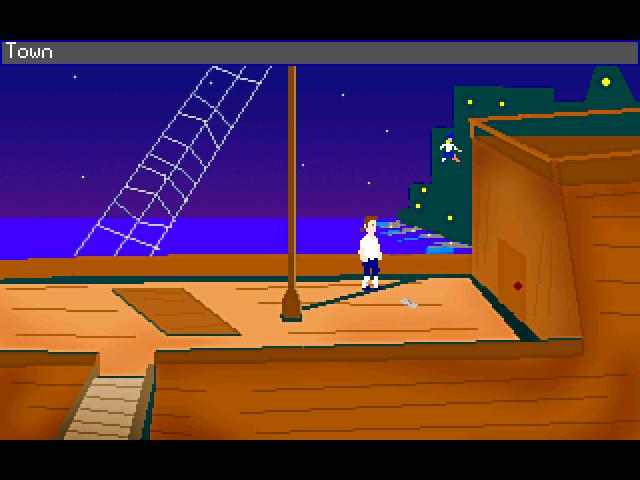 You play Nathaniel Goodfellow, a deck boy onboard of an English merchant ship. One night the ship harbours at Nodha Island, at the Caribbean sea, for a stop. There Nathaniel learns of a great treasure hidden beneath a mysterious island belonged to a notorious undead pirate. Along with a fellow crewmate and a beautiful brave archaeologist, Nathaniel embarks on an adventure to find the mysterious island, get the plunder and become a great pirate. New version released: A Pirates Tale v1.2 Release info: Bugs fixed Improvements: - All typos fixed New Features: - All characters, hotspots and objects are shown in the status bar while mouse-over
See the people who made this game and any other games they've worked on >>
shayavr
All
1 other games: >>
AMTAG: another medieval themed adventure game
Author

"Some decent attempts at some Monkey Island-style humour (and a largish game world) are a plus, but enjoyment is hampered by somewhat rough graphics and interactions."

Just finished playing this game and I must say it is very good!

If you can get past the simplistic graphics and many English language issues with spelling and grammar you will find a charming and nostalgic adventure awaits!

The Monkey Island feel was well done without ripping anything much off from it. I really felt like I was playing an adventure game from around 1989 or so.

The puzzles ranged from good to really good with only one or two being a bit of the WTF?! variety. A few times I got stumped because of a game mechanic issue rather than an actual puzzle, but, like I said: 1989 adventure game...

Well worth a play!

A bit of coding messed up around the fountain area at the start, and well sort of a Monkey Island spin-off (without any monkeys), hehe, good fun

One of the few games that realy do it by giving back that oldschool-adventure-gaming feeling (for me at least ;-)). Prepair to go back in time... This time in MI1 flavour!

Combined with:
Nice set of puzzles, (from rookie to medium / hard),
Funny animations,
Funny MI1 conversations.
(And a typo version of the languagefile, but that fades away during playing and get caught by that MI1 feeling)

A gem (even with the spelling prob), this time polished in MI style, don't miss it!