Elia, Ilaria & the Kids Having a Good Time at the Sea (or at least they try)
(9 downloads) 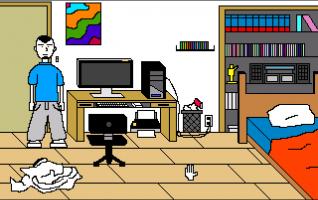 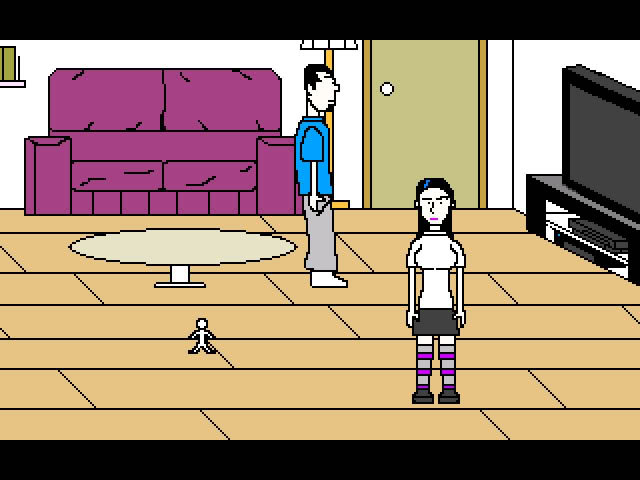 It's Halloween night and Vic Wreckle is invited to a party, but because of his irresponsible nature, he hasn't been able to purchase a costume. Help him create his own using items he finds in his condominium in this short retro-style game completely designed with a PC mouse.

Note: Only download the game here as it is the definitive version.

See the people who made this game and any other games they've worked on >>
EKM
Graphics, Script, Design

"Festive game with a large number of interactions, although the puzzles involved pixel hunting which considerably lowers the game rating. Not bad for a first game, but some improvements could make the game more playable and enjoyable. Certainly could be put on a "To play" list during the end of October."