Stuck on you
(17 downloads)

by Mantra of Doom 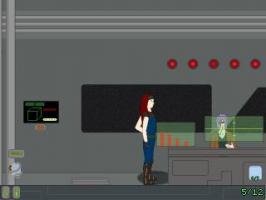 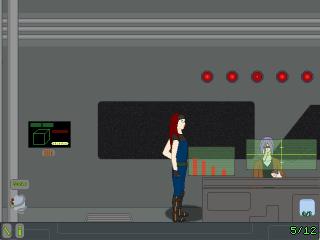 Murphy's Salvage is one of the largest mostly-human salvage operations in Earthspace. Murphy personally owns a fleet of ships with highly skilled crews... but we're not talking about them. Meet the crew of ship 0096632-B or as the crew calls it, the "But her". Mission 01: Just My Luck But enough background! This is about one day in the life of Wombat Rowe, a scrapper that just wants to get paid. Apparently that is just too much to ask when you're three weeks into a mission on a Screaming Metal Deathtrap out in the Middle of Nowthere Nebula. But Wombat is a resourceful girl... she can get through, right?

Final Version 1.3 is up. It fixes all of the bug in the previous version that could cause the walking dead!
See the people who made this game and any other games they've worked on >>
Mantra of Doom
Creator
Mods
Music

"Funny, well written characters enliven a slightly mundane adventure. The graphics, while functional, are rather sterile, with the character graphics lacking extra animations. Hint system is a nice touch. A little rough around the edges, but shows promise."

Must say I really enjoyed this game. The only drawback for me was a bug in the game, and that I wanted more. It's a shame it was a short as it was. Will be keeping a keen eye on your future endeavours
2009-08-25 14:26:37 by Stee
I like it, I think you did a good job :) It's probably more fun for a casual audience, but you definitely achieved a grounding for making a bigger, better point & click game! Thanks for the oppurtunity to do the music - it was a lot of fun!
2009-02-28 15:49:36 by m0ds
This game really doesn't seem to be worth playing. Most annoying of all is that a glitch prevents you from saving, and eventually prevents you from going any further in the game.

Overall, the characters are bland. the scoring system is inscrutable, and the puzzles don't require any thinking at all, it's all just a matter of picking up the right item and clicking it on the right location.