The Execution of Anne Boleyn
(7 downloads)

A Son of Xenon - A Space Quest Prequel
(6 downloads) 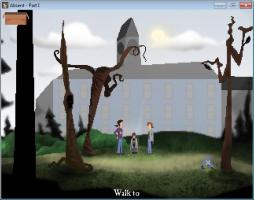 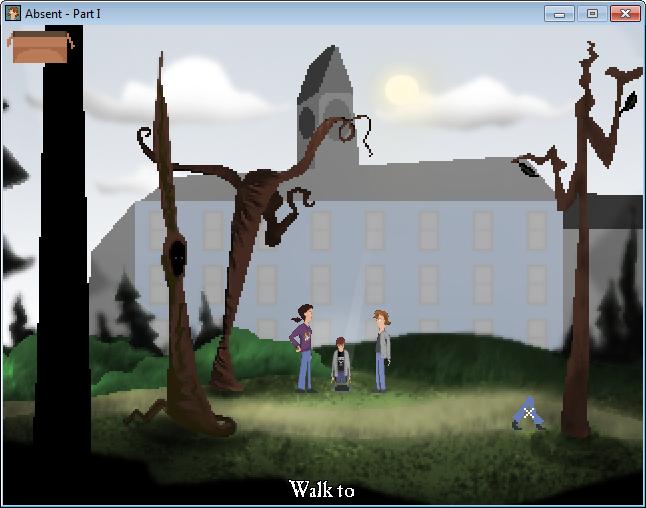 Download Options for Absent: Part I - Innocent Until Proven Guilty

NOTE: This part can not be downloaded at the moment. Absent will no longer be released in three parts, but as a full length adventure game this summer! This first part has been removed from the internet as the game has significantly improved quality since the release of Part I back in 2010. Absent is a story which follows the character of young-adult and college student, Murray Schull. He and his two best friends, Eve and Steve, attend a college in which students are disappearing daily. It's up to them to find out how this is happening, why this is happening, protect their other friends, and to put a stop to it once and for all.

These series of events began when Crystal, a three month girlfriend of Murray's friend, Steve, disappeared on her way home from college via mysterious means. Over the course of the investigation, however, Murray realises that what stole Steve's girlfriend was not anything of this earth. Murray is haunted by visions, confronted with puzzles, with friends turning against each other, and all for one reason. The Reaper.
See the people who made this game and any other games they've worked on >>
FNGames
Everything but modules.
1 other games: >>
Absent
A Bit of Everything.

"An exciting adventure with a fluid and immersive atmosphere that compliments the visual style. Clues amongst a myriad of text sometimes become repetitive, but overall it's fun and engaging."

Definitely a 3-cup effort, although I'm quite upset to not see any part II being almost a year since part I. I know these games take time to make though!

If I had too nitpick, the hero seems to jump a bit too quickly to conclusions about "the entity", but regardless I'm most curious to see the story develop in the following episodes.

Good to hear you're looking forward to the next episode. I really think it's gonna be something special!

2010-09-24 08:35:38 by fentonfilmgames
Nice game. I watched the movie linked to on youtube and said where's part 2? After playing this game I am waiting eagerly for the second part!

*** Spoiler Alert ***
A bug I found: After getting the battery from the guy in the canteen, Lloyd still KO'd, I have Crystal's phone and try to use the battery on it. It then brings up a screen with Crystal's and Grant's phones. I shouldn't have Grant's phone at this point as it is still in Lloyd's pocket. It let me progress past this point with no trouble.