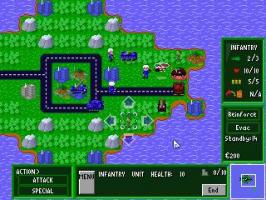 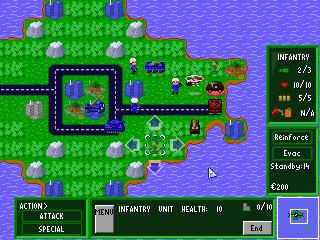 "Solid turned based strategy game with wonderful graphics, sound & music. Very minor bugs & no skip text option is its only flaw, but this does not deter from the addictive gameplay. A professionally made game that pushes the AGS boundaries."

I gave up after the "joke bear attack" bug crashed mission 5 five times in a row. That aside, this is a great example of what can be done with AGS by thinking outside the box. Enemy AI appears random if you're not close to them but overall a good effort.
2013-05-24 20:32:29 by elegantmechanic
An excellent strategy game with a large dollop of humour added for good measure.
2013-04-11 21:59:31 by CaptainD
A very fun, clever non-adventure game. Definitely deserved the AGS Award that it won -- even though I had my heart set on that particular trophy that year... not that I'm still bitter or anything ;-)

A remarkably fun little time waster. Give it a spin the next time you're goofing off at work.