Professor Neely And The Death Ray Of Doom

by Nathaniel Oliveira aka Sonicrumpets 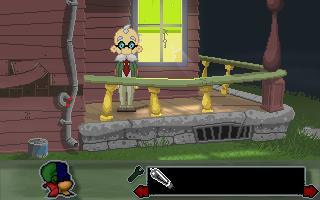 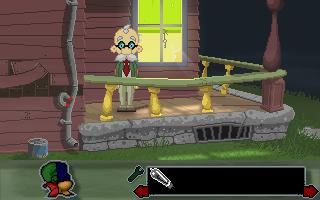 Download Options for Professor Neely And The Death Ray Of Doom

In the game you'll take on the role of Professor Neely a retired college professor and famed inventor who is unwittingly lured to an odd house and held against his will by a mad doctor. Your goal is to escape and stop the events that are about to take place.
See the people who made this game and any other games they've worked on >>
sonicrumpets

"Professor Neely will win your heart with cute and professional art style, Maniac Mansion nostalgia and its fun take on Egore - the deformed henchman. It also offers good playing length and many solid brain-teasers. However, the feeble amount of custom interaction responses from Neely, combined with generally personality-lacking main protagonist and main antagonist, make this a game many players will enjoy for a while, but few will feel compelled to finish."

An absolutely terrific game in true DoTT style!
2013-08-31 20:31:24 by CaptainD
Game looks good overall, but the major thing done wrong in this game is UI interactions like look, use, take etc. I don't think different colored and same-shaped cursors are enough to distinguish the interaction type. I'm more like of a right-clicking action cycling guy instead of clicking action type from bottom gui, which makes this game painful for me. I'd like to see different cursor shapes for different actions.
2011-09-09 11:35:39 by pixelFreak
I'd have liked to be longer.
2011-03-12 20:33:06 by Facundo (choriCDA)
Fun, and very DOTT like game with great backgrounds and good puzzles.

Could really use a few more interaction responses though.