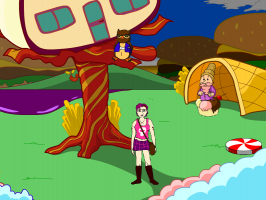 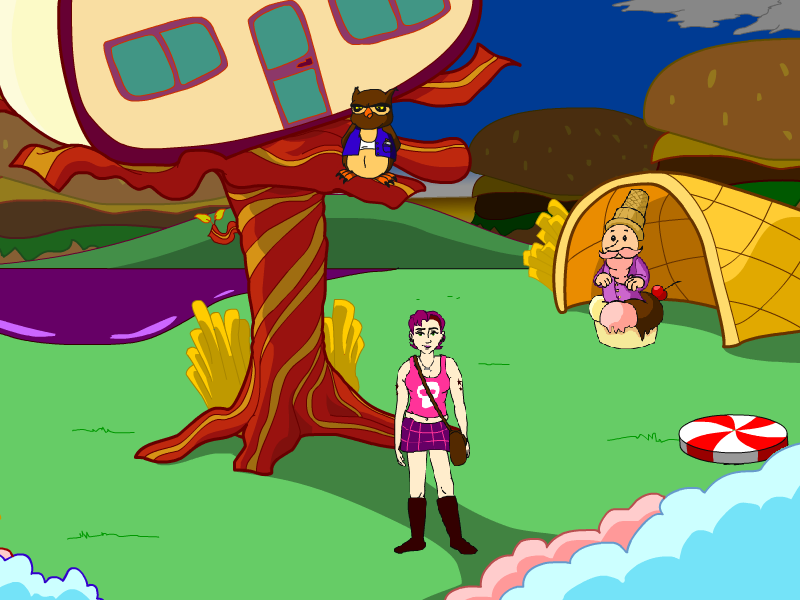 Welcome to Late Last Nite, an adventure in excess! This game was originally created in 14 days as part of the 2015 AdventureJam.

UPDATE: On July 1, 2015, we released v1.2 of Late Last Nite with new puzzles and characters, as well as improved graphics and sound!

Join our protagonist Morgan as she stumbles through a series of bizarre fantasy settings -- a mer-pirate lagoon, a junk food forest, and a steampunk vampire nightclub -- in search of three missing relics. How will her night end? It's up to you to decide!

"Playing this crazy hilarious adventure game will literally kill you when your mind explodes." -- @bear_vs_sumo