A Son of Xenon - A Space Quest Prequel
(39 downloads)

Night Witches: Women of the clouds 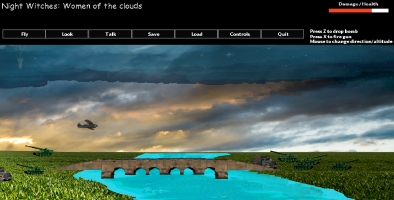 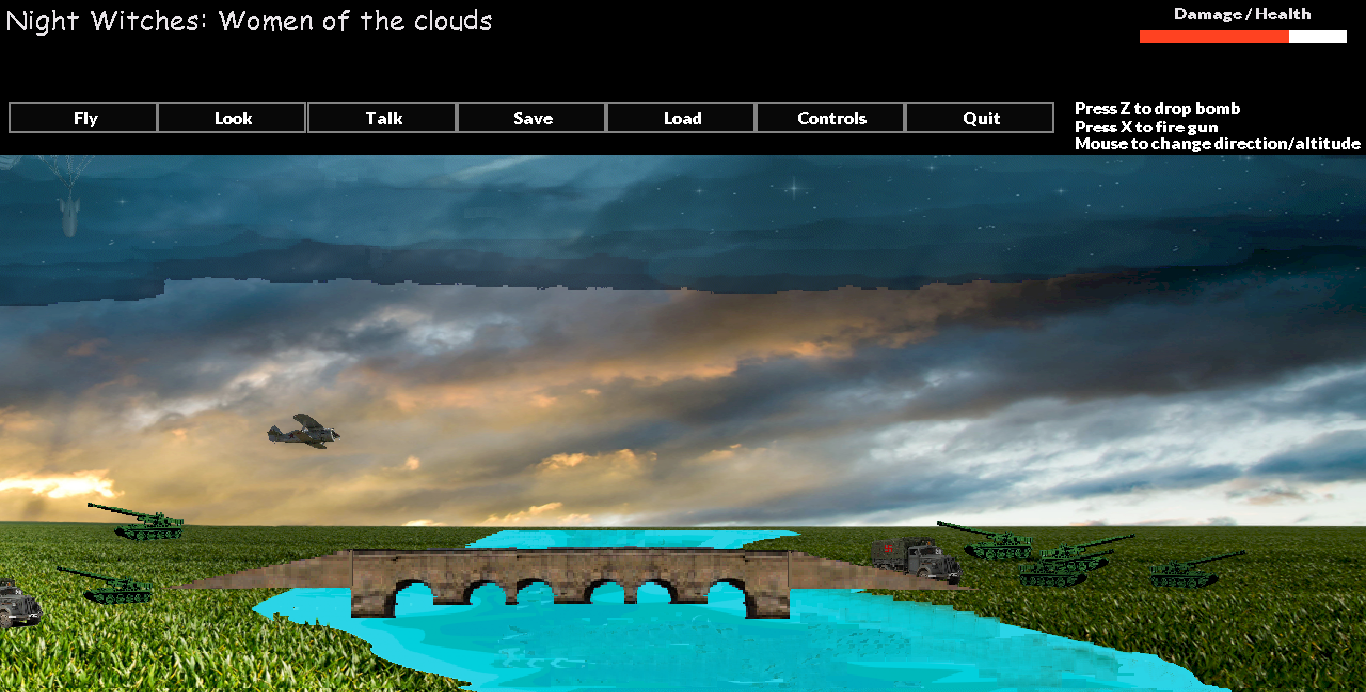 Download Options for Night Witches: Women of the clouds

This game was made for Novembers' MAG Topic:  'Clouds'

In late 1944 - Russia invades German forces, attacking into East Prussia.
Stalin has assembled an elite flight squadron of women: he calls the 'Night Witches' to destroy targets vital to the German army and stop them advancing into his Soviet Union.

The Night Witches are known for their bravery and their 'hide in the clouds under the cover of darkness' tactic.

Join in the thrills and spills of World War II action as Stalin enlists he's elite squadron of women fighter pilots, know as the 'Night Witches' to destroy the German advancement into his beloved Soviet Union.

Feel the adrenaline rush and your heart beating fast, as the action heats up as the Germans fire everything they have at you!

Avoid being hit by anti-aircraft shells, Fokker machine guns and bumping into sky bombs as you try to destroy targets that are vital to the German army.

Use your bombs and machine guns to take out targets and destroy the advancing German forces.

A game that really puts you in the 'cockpit' of action!