Off The Clock
(19 downloads)

The Fan Game - Back to the Future Part III: Timeline of Monkey Island 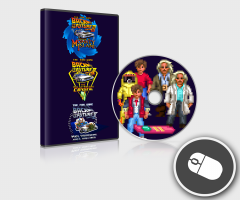 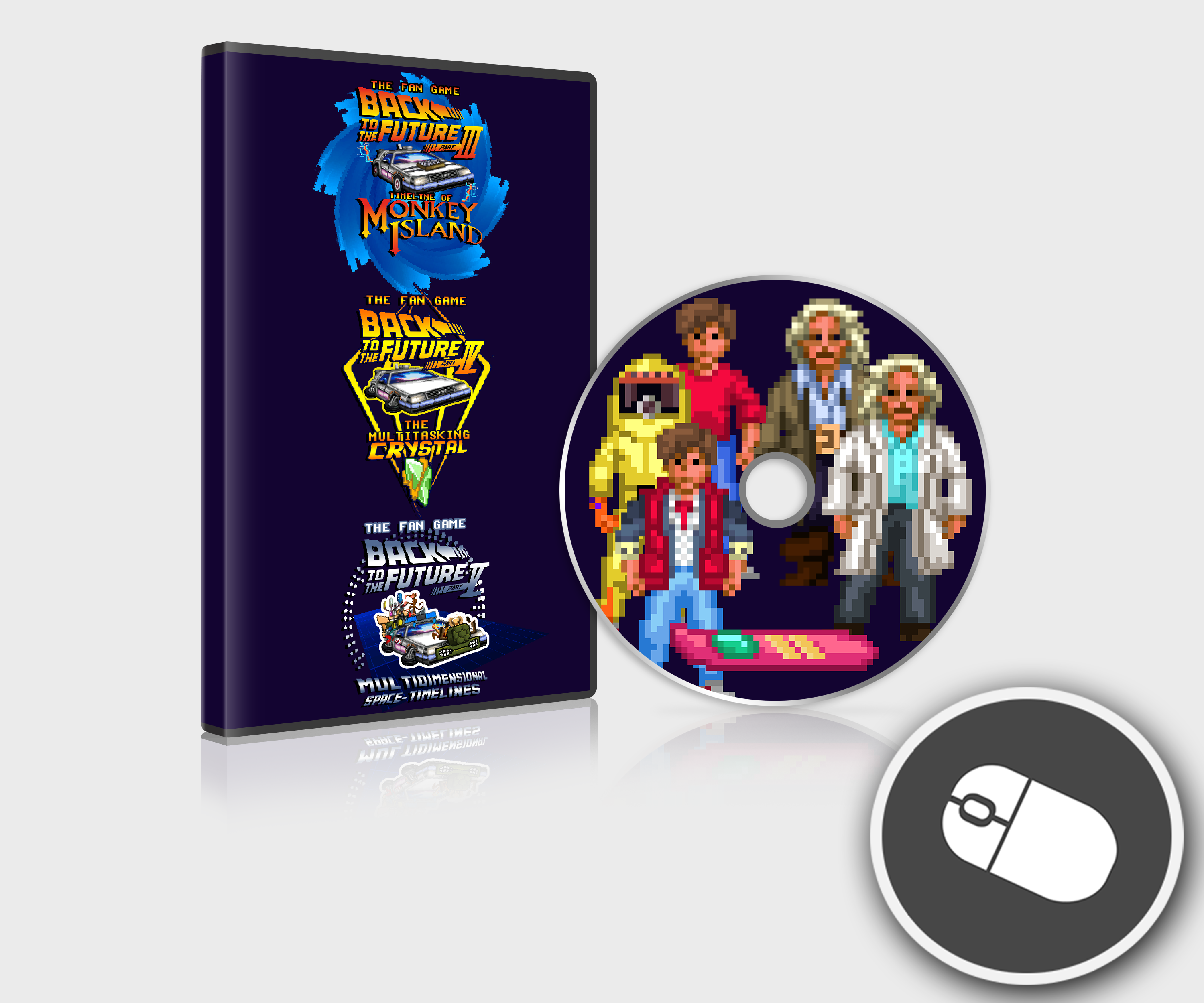 Download Options for The Fan Game - Back to the Future Part III: Timeline of Monkey Island

Deep in the Caribbean among stinking pirates, insults, and sword fighting, Marty and Doc go back one more time for their greatest adventure of all. Doc is living in the past, but he's about to be history because the timeline has changed! Marty makes a name for himself. Doc meets his mate, and Tannen meets his Duel.


Marty finally gets the almanac, leaving Biff to crash into a manure truck.
As Doc hovers above in the time machine; Marty burns the almanac, reversing Biff's changes to the timeline.
Then later a portal opens and sucks the car into it before Marty can join him on the time machine.
A few seconds later, a member of the Guild of Weavers appears bringing him a message: "The timeline has changed! Doc was transported back to 1655!" “Largo LaGrande” attempted to save “LeChuck” with a voodoo temporal spell. Wrong target.”
Bobbin Threadbare gives him a map describing where the DeLorean time machine is located.
The Map mentions that located in the DeLorean are instructions on how to repair it, using 1955 components, so that Marty can return to 1985.
Dr. Emmett Brown is shocked to see Marty moments after sending him back to 1985 and he faints outside of the Hill Valley Courthouse.
After they recover the DeLorean inside a cave in the Caribbean, they discover a tombstone bearing Doc's name that states that he died on July 3,1655.
The tombstone also reads that Doc had been “Shot in the back by William "Dogfish" Tannen, over a matter of eighty pieces of eight and was erected for him “By his beloved Carla, the Sword Master of Mêlée Island". Marty decides to go back to 1655 to rescue his comrade.

See the people who made this game and any other games they've worked on >>
Daniele Spadoni
You must be logged in to the forums to post comments.
© Adventure Game Studio 2021. Page design by loominous and Darth Mandarb; coding by AGA.
Page generated on 17 Jun 2021 at 00:17:59