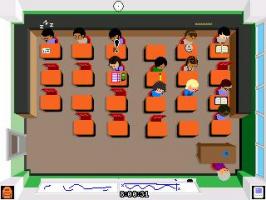 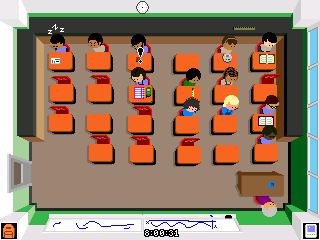 A superb game. The world is simple enough to get an immediate grasp of it (and characters are cleverly introduced), it is really remarkable for a game which can be completed in less than 10 minutes.
But what's really outstanding of this production is gameplay: it's very innovative, but withouth feeling "overwhelming" or "forced" to the player.
Put it on your list!

I highly recommend this game to others. Although it does take awhile to figure out how the game works, it is well worth your time. :D

It takes a while to get used to the concept but once you work out what you\'re doing the game just flies along. The characters, even those who have very little to do or say, all have distinct and amusing personalities and their charm is enhanced by the cute drawings. I would love to see more of these games.

Saturday School is infinitely replayable and an utter delight. I insist you try it now. The best short game I\'ve played since A Friend Indeed.