Halloween with an Unexpected Guest

Belly of the beast
(2 downloads) 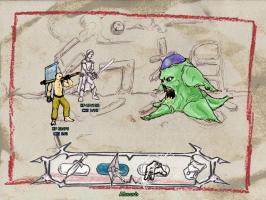 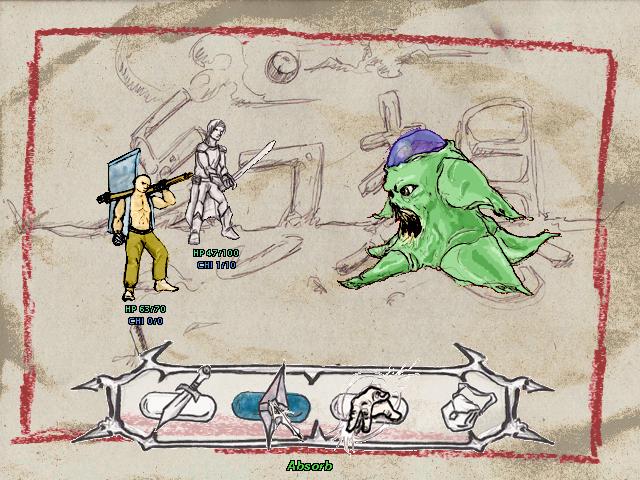 In the land of Valis, an evil force has released physical entities who use the Kundalini powers to steal human souls. They are called the Tamashii-seishin. Only those who have trained in their chakra powers can defeat them (the Ruahs). You play the role of two Ruah monks who are trying to restore order to Valis. Valis is a RPG in the Final Fantasy mould. The demo features a world map, 2 towns where you can visit bars, guilds, shops and other places of interest. You can equip various weapons and accessories to your characters. You fight monsters in turn-based battles and level-up your characters and their abilities (called chakras in the game).

The story is based on the Hindu mythology of Kundalini. Kundalini is a condensed, primal force which lies dormant in us all. When released, it creates a vertical connection between 7 chakras located along our spine. Each chakra has a different property which in the game represents different powers for your characters (earth,water,fire,air,sound,light and thought). In the land of Valis, an evil force has released physical entities who use the Kundalini powers to steal human souls. They are called the Tamashii-seishin. Only those who have trained in their chakra powers can defeat them (the Ruahs). You play the role of two Ruah monks who are trying to restore order to Valis. This won't be easy because not only are the Tamashii very powerful but most Ruahs are corrupt. Knowing full well that the rest of the world depends on them, they have formed a guild which now controls everything and they are not about to let you ruin it for them! The full game will feature: - turn-based battles - non-linear quests with a reward system which gives you money and items depending on how well the quest went. - town to town trading system in the Elite mould - 12 towns to visit each with unique locations - upgradable powers: choose how you spend your experience points Do you improve an existing power or do you save up for a brand new one? - 7 different types of monsters and each of them with varying levels of experience to match your own strength so battles are always a challenge. - 4 playable characters - a gripping storyline with tons of dialogues
See the people who made this game and any other games they've worked on >>
bush_monkey
Art, story and Scripting
1 other games: >>
Exposed Reality: a RON game
Art, story and Scripting