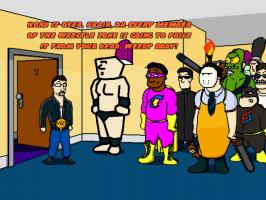 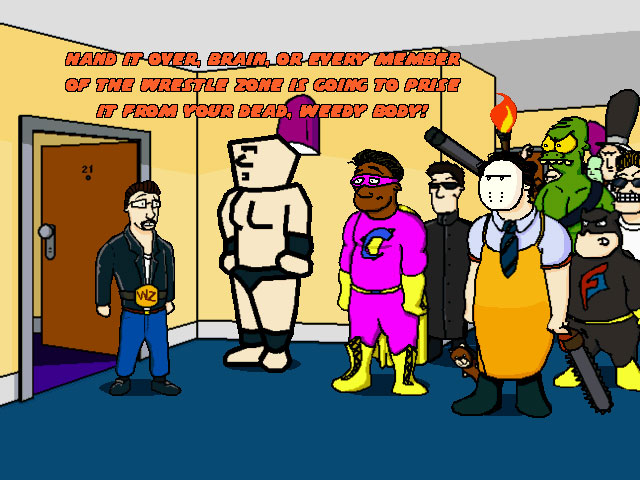 Download Options for Da New Guys: Day of the Jackass

Da New Guys: Day of the Jackass is a commercial game.

Brain - the worst brawler in the history of the Wrestle Zone - has won the title belt! Not even his team-mates Simon and Defender can believe it. But when Brain gets kidnapped (along with the belt), it's up to them to get him back. Street-fights, car chases, and obssessed fans all stand in the way of Brain's rescue. But as the reluctant heroes find themselves descending ever deeper into in the city's darkest corner, they learn that their problems are only just beginning...
See the people who made this game and any other games they've worked on >>
IceMan
Everything except the music
2 other games: >>
Da New Guys
Everything but music
Bear Story v1.3
Game code/graphics/story
The Scorposer
The music
4 other games: >>
Magical Whatever Girl Rocks Out In The Stone Age
Original Theme Tune
Nanobots
Music, sound effects
Duty and Beyond
Music, Sound, Beta-testing.
Spooks
Music, sound effects

Ohhh what fun, I wish there were more
2020-03-22 23:02:59 by Andy
The demo is great and the game looks fantastic! Da New Guys looks SO MUCH better drawn by hand! These graphics are much better!

Maybe it there's a DNG 3 it might be in 3D! When we can play the wrestling matches!