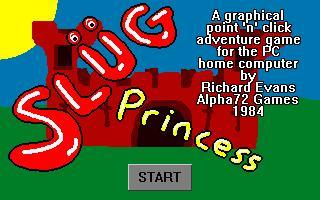 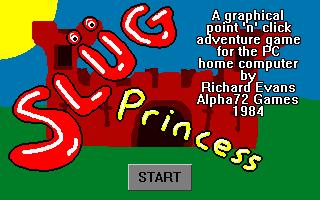 You play a young girl who is about to marry the Prince, when an evil Witch materializes and kidnaps the Queen, sends the Prince into a 100 year sleep and then transmogrifies our heroine into a Slug. Your task is to find a fabled Gem and return it to the King so as to pay the Queen's ransom.

This game is also included as a sub-adventure-game in 'Crave'. It was supposed to be just a couple of screens and one puzzle. However, as things do, it grew and grew into a complete little adventure that stands up on it's own. For that reason I'm releasing it on it's own, and also for anyone who, for whatever reasons, don't wish to find it in 'Crave'. The game is written in the style of mid 1980's early graphic adventures, and deliberately has some of the pitfalls games of that era were prone to.
See the people who made this game and any other games they've worked on >>
Wretched
9 other games: >>
Brothers & Wreckers (demo)
Easy3D module
Bog's Adventures in the Underworld
Bog's Adventure in Easy3D
Bunny Quest
Zugzwang
Crave
Magsic II
Magsic
Where's M' Hat Ma ?

Well, I very much disagree with the 1 cup rating on Slug Princess. It's fun, it isn't easy and it's a darned sight better than the great majority of short games here. Frankly, I don't think Wretched could write a game that isn't entertaining.
2010-12-09 21:26:03 by blackgsd
You must be logged in to the forums to post comments.
© Adventure Game Studio 2021. Page design by loominous and Darth Mandarb; coding by AGA.
Page generated on 15 May 2021 at 20:48:46