Who Sent Me To Oblivion 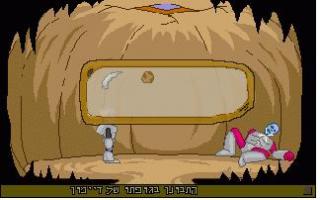 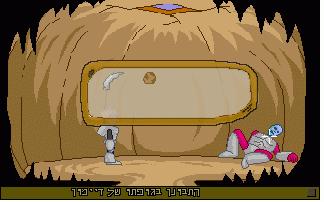 Shimi is Damon's best friend. Both are former rebels and current starship captains, find themselves on Earth after retirement, and are being forced to deal with their past which still haunts them. In this part which is described by a frame story, Shimi tells about the first days of Damon on Earth in a mysterious vessel. [only English Version included]
See the people who made this game and any other games they've worked on >>
Nostradamus
English translation, beta testing & QA
ahadHaYam

maybe it needs a little intro, just a few words from a character and a quick animation, i was a little bit lost at the start. And he reacts of hardly of no wrong interaction i made. but in the end it was nice and i want to know what happens, so im waiting for the next one
2007-05-21 08:26:00 by Jimbo (Bohnito)
Strange story, everything is a little bit rusty. Witing for the next chapter
2007-05-20 04:07:07 by Bicilotti (bicilotti)
You must be logged in to the forums to post comments.
© Adventure Game Studio 2020. Page design by loominous and Darth Mandarb; coding by AGA.
Page generated on 14 Aug 2020 at 04:19:49