The Sacred Tablets of Tibet
(4 downloads) 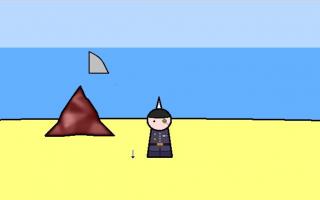 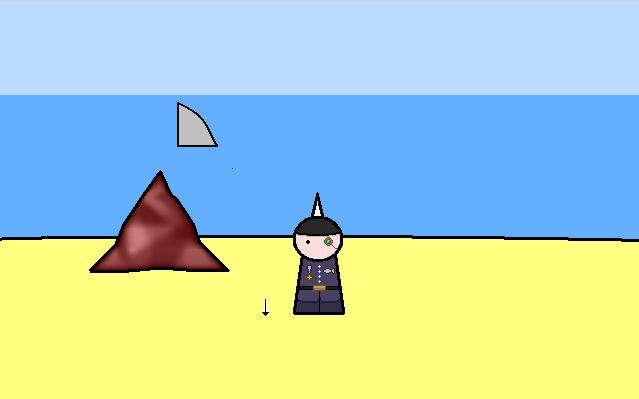 You play as the german Zeppelin commander Wilhelm von Hadenberg, and... damn, see for yourself, the game is too short to give away that much information. Now with 500% more cliches about Imperial Germany than the next leading brand. You might have already seen some instance of this game (like the original mAGS version, which is still floating about, or the original deluxe version, which has been deleted and purged). In that case, you might still want to give this a try since some additional bits of content have been added, like music (by Scott Joplin), sound effects (by myself) and better character sprites (also by myself).
See the people who made this game and any other games they've worked on >>
Akatosh
Damn near everything
14 other games: >>
Corner's Shiny (2013 edition)
Stuff
Crash! Evade! Destroy!
Most of the stuff
Cheerful Science
Most of the stuff... it's complicated
Me Go 2008!
All except music
Me Go Cannibal Jungle
Characters and whatnot
Me Go Store II - Me Go Away!
Everything except music/half the plot
I.S.O.S.
beta testing
Washed Ashore
Everything
Charlie Foxtrot & The Galaxy of Tomorrow
beta testing
Me Go Store!
Please don't hit me.
_Access
Pretty much everything
PMUVCHVT
Creator
KristmasKrisis
Everything
Koffee Krisis
Everything

Nice short game.
Many idea could be easily added, like some puzzles for repairing the device. You also want to visit this island a little bit! Get some food, use metal parts to get and eat a shark, build a small house, etc.
The hot-spot can be used to lift up what you know...
It would be nice to construct a boat to quit the island, with the propeller of the balloon for the boat.
The Zeppelin crashing on an unmapped island is a VERY good start for a full-length adventure... i have so many ideas...

Still, my original review for the MAGS version stands:
Â«This is a nice short game with neat graphics and dialogue. It isn't very pretentious and it manages very well at that. Â»