The Tale of Lonkey Island
(10 downloads) 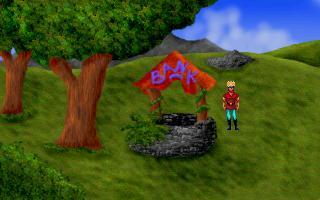 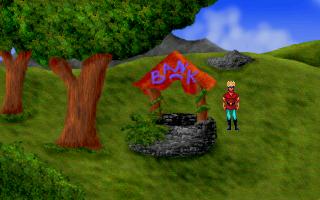 Knight's Quest III is a story set between three different characters and three different realms. It tells the story of a King and his two best knights as they struggle to recover the three Pentagrams needed to defeat the mighty overlord, before he destroys all they hold dear.

Action is split between three countries: the freezing wastes of the Black Hand Republic, the quaint villages of Althador and the bizarre islands of Merania. YOU control the mighty King Althos, the useless Sir Frank and the overtly sexual Sir Roberto as they quest to save their beloved homeland.

Journey to amazing places, the ancient peak of the Guru, the canyon of a thousand Bandits and even the lost city of Crackton...

The prequel to the legendary Knight's Quest IV, and sequel to two games that haven't been made yet, KQIII combines multi-character gaming with subtle humour and epic cliches.

Traverse the vast distances of the land and face the almighty terrors that lurk behind every corner. No one can be trusted, and everyone can be saved as Frank and his comrades fight for justice in a world where nothing is right, and one man can make a difference.
See the people who made this game and any other games they've worked on >>
Frequentor
Game
1 other games: >>
Knight's Quest IV - Here Today, Gone to Yesterday
Game