The Secret of Hutton Church of England Grammar School

The Secret of Hutton Church of England Grammar School (TSoHCoEGS) is an AGI style adventure game and the first AGS game by Custard.

TSoHCoEGS was created as part of the University of Portsmouth's first Game Jam, a competition over five days to develop a game. Three random wikipedia articles were chosen, and a game had to be made based on one of those themes. TSoHCoEGS is based on Hutton Grammar School's Wikipedia entry 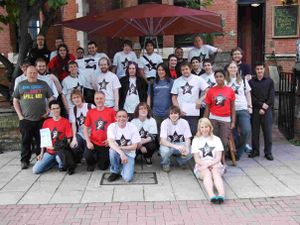 TSoHCoEGS: Game Jam Edition is the version of the game that was created in 5 days and was submitted to judges. It won 'Best Looking Game'.

After the Game Jam Edition was released, work began on a more polished version, which became the TSoHCoEGS: Special, Not Made in 5 Days, Edition. New features include new and remade backgrounds, animation by MrColossal and music by Petteri