Tales From The Outer Zone: The Construction
(23 downloads) 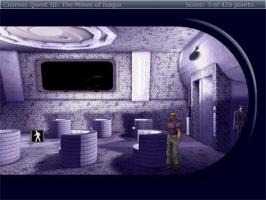 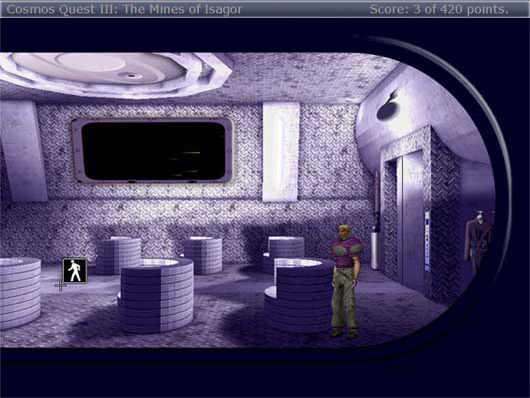 After spending an 2 weeks holiday leave relaxing at the Jaro Motor Inn, Sergeant Henry Getz was on his way back to Radion Space Station (RSS). He has no idea that RSS has been attacked by the evil Ayatolians, or that the entire crew has been captured. Luckily, one of the crew (Nia) has managed to send him a message, informing him of what has happened., as well as telling him that the crew is being taken to a planet called Isagor. Devastated at this drastic turn of events, Sergeant Getz changes course, and heads for Isagor, determined to rescue his friends. But of course, even after reaching Isagor, things are not so straight forward, and Getz faces many perils as he searches for his friends. He has to rely on his wits and his quick thinking if he is to survive. After all, the fate of the Radion Space Station crew rests in his hands...
See the people who made this game and any other games they've worked on >>
Iliya
Author
3 other games: >>
Cosmos Quest IV
Author
Cosmos Quest II
Author
Cosmos Quest I
Author

great series! all until now were already good. this one comes with a 1.99 price tag. While it deserves all. I payed several times more for my beer to accompany this great game!

Every new chapter the game looks better and better. The story is always nice and developing very well. No bugs and any issues at all. I player all 4 and 5th demo with not any single issue.

I always loved Sierra over Lucas. This one is 100% Sierra. Polished with no dead ends. Not over extended tiring dialogues.

Though I would love to see the short dialogues polished a little bit. All chapters are very fine but feels a bit cold. Maybe it could be a little funnier or scarier or whatever.

After all, I admire that a lot of very very good effort is dedicated to this series. I congratulate Kinanev for all the very good job. I hope he finishes the last chapter, chapter 5 very soon.