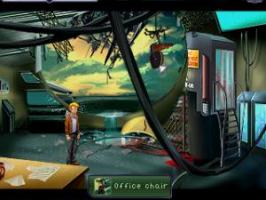 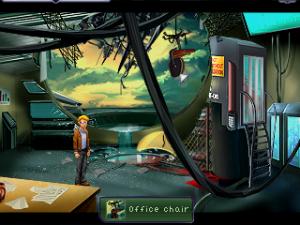 Resonance is a commercial game.

Great classic feel while still being innovative, and not at all derivative. Amazing story with great, unique characters.

Second thing are animations and backgrounds. Although Resonance features low resolution graphics, the developers were able to produce realistic and seamlessly looking images of world and characters, where every move and action may be distinguished without problem. You may find enjoyment in simply watching how people are walking around the room :).

The story is very interesting and intriguing. Four characters, every one of which have his or her own purpose, opinion, memories and even dreams. You keep wondering, are you playing the "good" or secretly "bad" character.