Adventures of Fatman, The 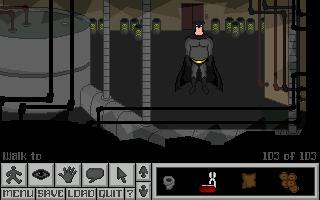 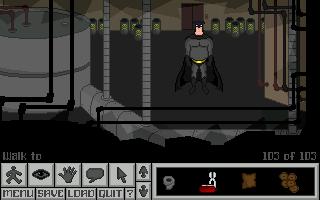 Adventures of Fatman, The is a commercial game.

If you've played this game, why not help out and give us your votes?
66 people have rated this game so far:
Visual:
79%
Immersion:
72%
Puzzles & Pacing:
77%
Overall Enjoyment:
74%
This game features voice acting.

"The Adventures of Fatman is a fun, complete adventure game with a lot to offer fans of the genre as long as they are willing to look past the sometimes irritating voice-overs. Now that it is free there's even more reason to play it if you haven't yet!"

The best thing about it is the humor, it's fantastic. Some puzzles felt unlogical and I had to use a walktrough to complete it. ...but I completed it and enjoyed the experience. Good work!
2007-09-24 13:57:56 by Michael (Lanky)
This game was good, with some interesting gameplay. Though it unfortunately illustrates the disillusion of a lot of AGSers (commercial).
2006-05-27 07:13:51 by calacver
Superb game! Absolutely superb! Nice graphics, nice storyline, absolutely amazing-really goes to show people just what AGS is truly capable of. Would you consider releasing the source code for people to look at, Ionias?