The Secret of Maike Island
(23 downloads)

Maverick Gunn and the Eye of Oggun
(14 downloads) 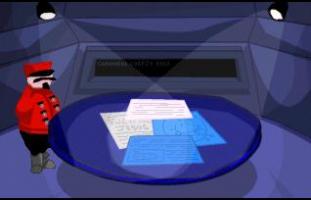 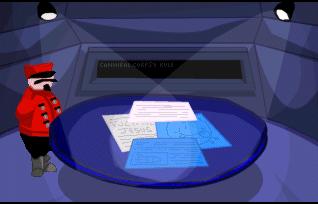 The astonishing conclusion to the Snail Quest saga. The final chapter to end all final chapters. Or just another load of crap. Same thing, really. This one was coded the day after SQ2 and released the day after that day which would mean it was apparently released the day after the day after the day the second one which was in turn conceptualised the day before the day before the day before the day bef... Okay, I'll shut up now. Lots of purty graphics and no plot. The same old thing. Realising that this is a milestone in utter stupidity, I stopped making gag games and sat down to make a regular pirate game, as anyone involved in the adventure game scene is obliged to make, at one point or another. The snail is dead, I promise!
See the people who made this game and any other games they've worked on >>
Helm
Creator
7 other games: >>
Kinky Island DEMO
Promotional artwork
Adventures of Fatman, The
In-game comic.
Moose Wars: Desire For More Cows 1.5
Terrain tiles and lensflare
Snail Quest 2
Creator
Snail Quest 1
Creator
The Crown Of Gold
Author
SOL
Author
You must be logged in to the forums to post comments.
© Adventure Game Studio 2021. Page design by loominous and Darth Mandarb; coding by AGA.
Page generated on 04 Mar 2021 at 03:57:54