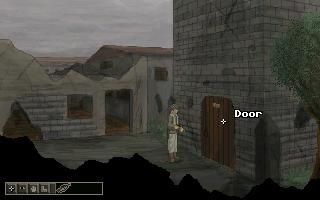 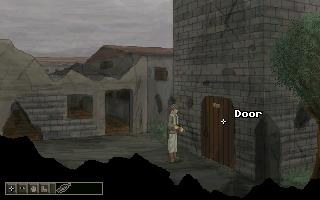 This is a very cool experiment. The art style is nice and appropriate. Before you play, understand that this game derives its challenge from the action and figuring out the end sequence, so don't give up in frustration too hastily, and don't look up puzzle solutions! It's a short game, so its challenges are of the harder variety - in my opinion - to keep it from being unsatisfying. You'll figure everything out with patience. The gun is a bit unsteady, but that's clearly intentional and there for realism (and honestly, not that hard to deal with).
2011-08-30 01:26:37 by Colin (TMontZ)
Excellent little game. I got totally immerged into it. I had no trouble finishing it except a few deaths on the very last sequence. Great mood, great graphics and music/sounds. Amazing job.
2011-07-28 17:19:50 by Davostros
Hello, my name is Joel, from the french AGS forum.
I want to translate your game in french.
If you agree, send me an email to this address:

2009-02-09 18:35:37 by foxyfox555 (foxyfox666)
Nice game with a great atmosphere and good graphics. Too short though..
2008-04-25 13:42:47 by matti
I found it frustratingly difficult and the controls were off. The original puzzle of just getting into the tower was okay, but getting to the point where you have to fire upon the soldiers, the gun wouldn't aim properly and any shot ended up with so much recoil it gave yoru enemies plenty of time to shoot you. I didn't find it worth playing.
2008-04-17 07:13:00 by Renodox
I really liked it. I had trouble finishing off the last guy, but besides that little tidbit, I really enjoyed this game. The immersion level was pretty deep as it took me over an hour to get to the last guy (I know, that's not good!), and the graphics were exceptional. Everything fit together nicely. No wonder this is a monthly pick!
2008-04-14 23:24:58 by Klyptomaniac
This game is a great little creation, if your looking for a distraction this will satisfy you.

It took me just 5 minutes and 1 death.. Still a download value.

Give it a try people!