Charlie Foxtrot & The Galaxy of Tomorrow 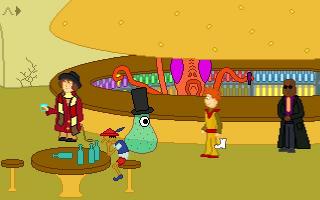 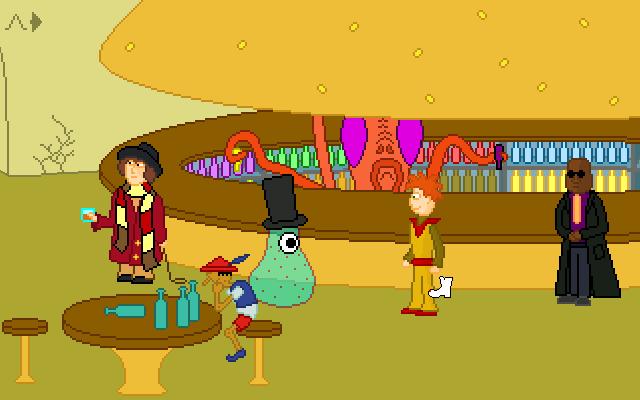 Download Options for Charlie Foxtrot & The Galaxy of Tomorrow

A rebel clone meets a zany galaxy in this high-intensity sci-fi parody. Hundreds of animations, spectacular humour, full sound-track and a bunny's lair worth of easter eggs make this game a must play!

This game is just pure excellence! So much terrain to explore, so many puzzles to solve, so many wacky familiar characters to meet. A perfect dose of adventure awaits!
2016-10-16 21:24:11 by Andy
Great game! Great humour! Certainly takes the piss out of the sci-fi genre. A highlight was the Muppet planet and the Star Trek crew tucking into potato chips scene.
2013-04-20 07:33:52 by monkey424
Great sci-fi adventure parody with lots of humor and superb puzzles.

Trivia: George Lucas has stolen some ideas from this for his recent The Clone Wars cartoon!

All in all, another game that every adventure gamer should play.

2007-07-28 17:49:31 by jkohen
EXCELLENT! Chock full of great fun! It was as good as a new Space Quest! I loved the blooming asp, the "lightsaber-for-a-bulb" idea, the "flashbacking" ace, the pong episode... And you obviously have put a LOT of effort in this! It's got a witty comment on almost EVERY possible combination of objects, the extra animations (for instance when charlie flushes himself), lots of great screens.. Fantastic work!
2007-07-21 21:25:22 by Tinkerer (tinkerer)
You must be logged in to the forums to post comments.
© Adventure Game Studio 2022. Page design by loominous and Darth Mandarb; coding by AGA.
Page generated on 19 May 2022 at 17:31:03