Masquerade at the Con
(24 downloads) 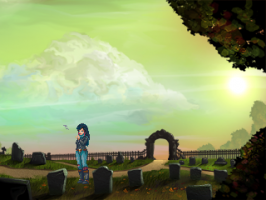 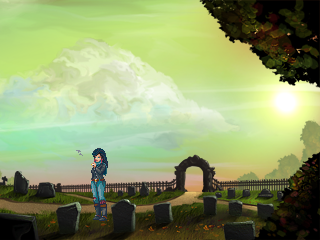 Kathy Rain is a commercial game.

If you've played this game, why not help out and give us your votes?
10 people have rated this game so far:
Visual:
94%
Immersion:
92%
Puzzles & Pacing:
94%
Overall Enjoyment:
92%
This game features voice acting.
This game has a demo to download, but the full game is not yet available.

This game is awesome!
2017-02-15 11:19:42 by JDr4nd0m
I finished the game on android the other day and I really enjoyed it. Great graphics, good controls, overall very atmospheric. I liked the story too. I think it is not necessary to answer all questions that have been raised. Hope it sells good enough to see a sequel in the future.
2016-12-01 15:19:07 by The Last To Know
This is a winner for me! If you liked Resonance, Blackwell, etc.. This is also a must play!

The graphics are just AWSOME and the music too! Great puzzles and what a story!!

2016-07-12 09:38:54 by Feenyx
I purchased the game and completed it in two days. Loved it as the story was interesting, the pace was good, the puzzles were a satisfying combination of easy and hard, the characters were appealing, the voice work was excellent and the retro-graphics were very nice - kind of like The Blackwell games. Most of all I loved the psychological elements, as Sanitarium is my favorite adventure game.
2016-06-23 14:52:53 by AndyfromVA
This is a cool little demo and it will probably make you want to play the whole game.
2016-05-02 12:11:56 by Michael2968
You must be logged in to the forums to post comments.
© Adventure Game Studio 2022. Page design by loominous and Darth Mandarb; coding by AGA.
Page generated on 10 Aug 2022 at 17:52:02