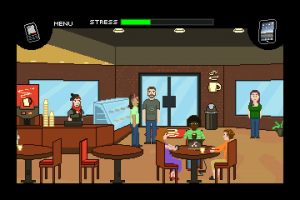 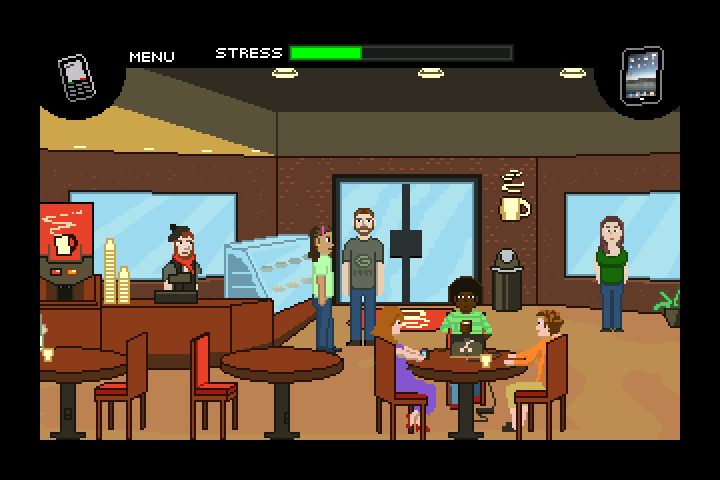 Conspirocracy is a commercial game.

A schoolteacher wakes to find his entire life is missing from public record. His bank account, his health care, his credit cards are all frozen when the government declares him to be a non-person. As he takes the steps necessary to pull his life back together, he becomes aware of nefarious forces that have conspired against him. The truth, it seems, is never pure and rarely simple.


Conspirocracy starts in an exaggerated, highly-bureaucratic re-imagining of Toronto, Canada. Medical droids serve as gatekeepers between patients and doctors. The activities of beggars and buskers are regulated and tasked. Airport security is taken to an more extreme, disconcerting level. As the player, you will have your work cut out for you finding what you're looking for when the system is stacked heavily against you.

"A really charming and varied game. Lots of fun. The music is gorgeous, the humour is crisp. The pixel art is very pretty. I especially enjoyed walking around the isometric town map trying not to get killed in traffic (although when that happens, it\'s hilarious). There is a wide range of clever puzzles which make for no ordinary adventure game, but something quite unique."

This is just a beautilfully written and finely crafted game. There are many free games on here, but if you feel like going the extra mile, a few quid will not leave you disappointed at all.
2017-09-17 15:05:12 by Andy
This was my personal favourite adventure game of 2013. Sorry it's taken so long to rate and comment.

I just had great fun playing this game. It's not your average adventure fare, being a commentary on ridiculous bureaucracy and red tape gone mad. Some of the puzzles are beautifully crafted and it's a very funny game, to boot. Highly recommended.