I Rented a Boat
(9 downloads) 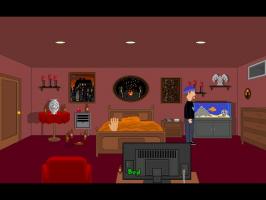 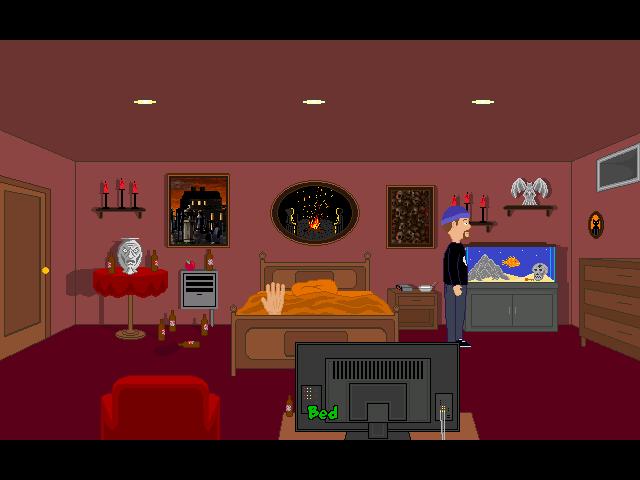 Iâ€™ll say this: I always admired the retro graphics of this game, but thought it probably wouldnâ€™t interest me much to play. Iâ€™m not sci-fi lover, but this was really fun. Why did I wait so long to play? Iâ€™m glad I took the time to read the reviews, because it really IS a great, classic-style adventure game. I very much enjoyed it, and canâ€™t wait to play the other 2.

...with that said...what REALLY sold me on this game was when both the human AND the alien hated spiders. Won me right over.

2017-12-08 04:09:38 by SarahLiz
An entertaining game with fairly interesting characters, be prepared to search every area several times to make progress... in all it was quite entertaining and I recommend this game.
2015-07-04 02:51:26 by MiteWiseacreLives!
Brilliant. I downloaded this one near two years back but most of the AGS downloads didnt run on my old laptop for some reason. But seem to work on my new one. So Ive been obsessively playing them for the last few months.

This one is a standout favourite for me. Its bringing the point and click adventure game back to what it was always meant to be.

Great humour, puzzles were a mixture of straight forward to fiendish. The storyline itself was a lot of fun too.

2014-05-18 07:11:31 by pharlap
This is an amazing work for a first game. The rather simple graphics show just the right amount of details, clearly a lot of love was put into making them.

The puzzles are designed very well, something you don't see every day.

The only thing I was missing was a deeper connection to the characters. I didn't care about them too much. But enough to look forward to play Part 2.

Finding items to solutions kept me searching and going bug-eyed.

I found the game cute but gritty and well worth playing.

2012-05-03 18:21:11 by steptoe
Completed it! The game has a very nice graphics style, interesting story and logical puzzles that weren't too easy nor too hard. It also turned out to be lengthier than I had expected.
Very good for a first game. Hope to see more games by NickyNyce in the future!
2011-11-22 19:45:27 by gameboy
I really enjoyed testing this game before its release and I think that it really gives some good entertainment to all the fellow adventure gamers. Bright and funny ideas scattered through all the game make the story immersive and challenging!

2011-11-22 10:03:42 by LostTrainDude
There are 5 more comments that you can see >>>
Absolutely great game.
2011-11-18 17:33:13 by TassieDevil
And here we have the proof: If you take all the classic ingredients of good, old-school adventure gaming (think Maniac Mansion with an alien) and mix them together just right, you get something good.

There are some bumps in the road (pacing could have been tighter and there are some pretty long walks between puzzle spots) but that doesn't make the ride any less enjoyable.

If you like your good old-fashioned adventure gaming- where even the most mundane task can end in a puzzl chain- check this one out.
2011-11-10 00:34:19 by Ghost
exactly my type of game! thank you so much:)
2011-11-09 02:53:15 by Anonymous (lucydark)
I recomend The Visitor to all point&click fans. If you want to be entertained by a green naked alien then this is the game to play. What I liked most about the visitor was the clever placed puzzles and its relation with the plot. Solving problems is rewarding on The Visitor, you're using domestic items most of the time and that makes the puzzles logical without being easy. You do need to get your brain working to finish The Visitor and the solid plot and characters drive you to continue. You get to play with 2 characters wich is pretty cool as they are very different and with oposite views about the game world.
The author knows how to tell a story and his future on game making can only get better.
2011-11-08 21:40:22 by miguel
Logical puzzles, funny and entertaining game, the graphics and animation were very appropriate for the environment. More development on the storyline and plot would have been a good improvement.