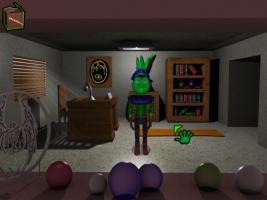 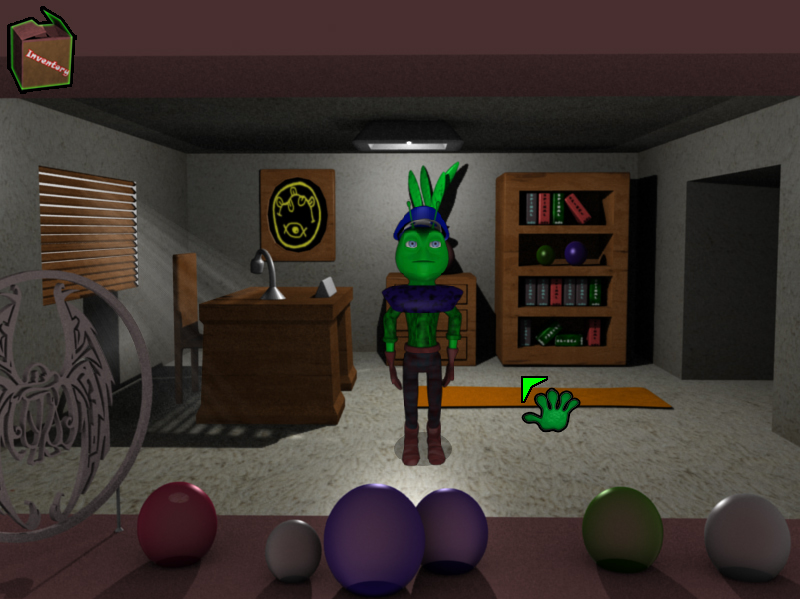 Warning: Fragile! is (or at least is supposed to become) a trilogy which tells the story of captain Bingler, who is the captain of a space ship called One Eyed Eagle. The story kicks off when Bingler is given a task by his employer to deliver a mysterious package to a far off planet called Earth. During the first chapter the goal is to get the ship off the ground as once again the beloved captain has crash landed when returning from his last delivery mission making the ship unable to take off.

... Over 5 minutes of pre-rendered cutscene animation!

"Ay caramba! What an awesome game!"

"This is a must play for adventure fans"

"Technical polish and incredibly smooth animations can't make up for the tedious challenges, lack of background music and the fact that when the story finally gets going, the game immediately ends, leaving everything up to potential future chapters."

Clearly developed with a distinct vision. Writing, graphics and sound design all complement each other. Will definitely play Chapter II when it's released.
2011-02-21 09:51:32 by qb
The graphics are great and the cinematic cutscenes are amazing. The decision of having music only in cutscenes was ok for this game, but there could have been more ambient sounds to make up for it. The puzzles were ok but the whole setting was a bit frustrating - you want to deliver the package but then there are more and more obstacles coming in your way of even starting the space ship. I hope the second chapter will have more progression storywise. The dialogs and especially monologes were great, I think this game features the best responses for "Talk to object" ever.
2011-01-14 20:18:07 by cat
Extremely interesting premise to a series! Apart from a couple of puzzle I found this game enjoyable, with a well fleshed out main character and some witty dialogue lines.
Some folks here complain about the lack of music but I didn't really notice.
I hope to see chapter II soon!

2011-01-09 19:29:47 by bicilotti
Very polished game with a neat Feeble Files like sci-fi parody atmosphere. Unfortunately, it suffers from the lack of background music, as well as some gameplay weaknesses.

The main problem is that the game's challenges are not appealing enough - they pretty much boil down to being in a workplace where everything is broken, you lack the required passwords and passcards, and every character you need something from is extremely uncooperative.

Nevertheless, if you'll manage to get into the world of the game, you'll have fun sabotaging equipment and abusing your co-workers to get past Captain Bingler's everyday chores.

2011-01-08 21:11:26 by Ascovel
The game was fun to play, and I believe the sequels have a lot of potential. The animations are quite good, and some of the lines are funny. On the other side some music would have lifted the mood, and the world felt empty. Some rooms looked more natural than the others, e.g. the hangar and the staff room where you start.
2010-08-26 18:02:22 by jkohen
A truly wonderful game with smooth animations, big chunky gorgeous graphics and plenty of good humour. The characters are interesting and the puzzles well thought out - some of the solutions were quite surprising. The whole game has a sheen of professional polish. Can't wait for part two!
2010-08-26 15:15:31 by straydogstrut
You must be logged in to the forums to post comments.
© Adventure Game Studio 2022. Page design by loominous and Darth Mandarb; coding by AGA.
Page generated on 23 May 2022 at 01:15:26