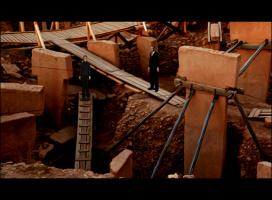 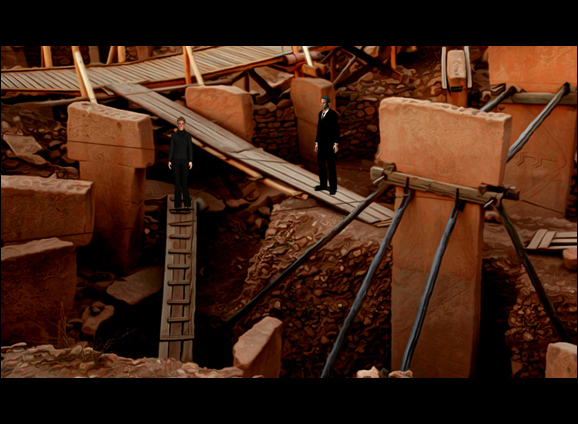 The Apotheosis Project is a commercial game.

"A fun game with some clever visuals, nice puzzles, good production values and an interesting (if totally ridiculous) story. There are aliens, pyramids, superpowers, robots, giant cockroaches and more all packed into 6 hours of gameplay (with a cheeky look at a walkthrough due to some devious pixel-hunts). The voice acting is generally pretty good but it can a bit uneven (3 different pronunciations of the words 'stele' and 'corps') and there's one painfully slow performance that is best skipped through. Puzzles are mostly pretty fair and you can switch between the two lead characters, sharing items, adding an extra level of gameplay. Definitely worth a play through."