Adventure: All in the Game 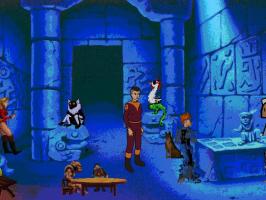 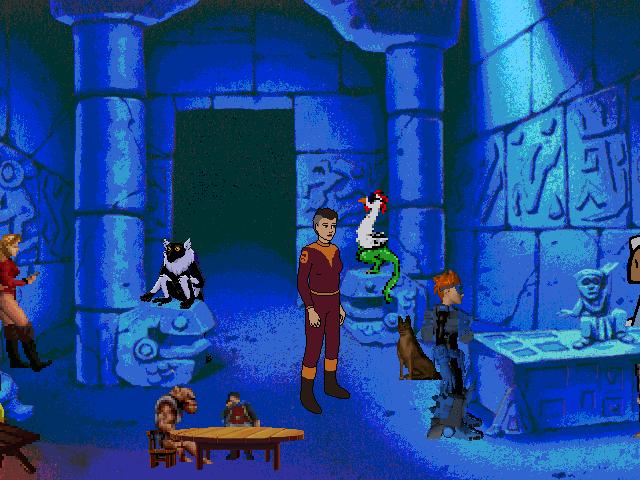 "The sequel to The Inside Job offers stunning hi res animations and a fascinating game world crafted from bits of obscure and cancelled adventure games (including some fictional ones). Unfortunately, the gameplay doesn't live up to the creativity and richness of the setting. Many of the challenges are overcome within the cutscenes instead of leaving initiative to the player, while other puzzles are immediately obvious set ups for specific courses of action. Overall, a worthwhile adventure lite with an unique storyline. "

Play the prequel before you play this awesome game (you can find it in the author's profile)...

But this game...OMG...if you are a huge adventure game nerd then you will have several semi-religious experiences during this game...

2015-07-27 09:40:20 by Mandle
A lot of work went into AAINTG, especially for the animations. It's entertaining and the story works despite/thanks to the mix of genres.

2015-05-19 21:55:18 by Creamy
I've played and enjoyed both of the Adventure Games Akril made. "The Inside Job" was fun but "All in the Game" is awesome. The characters chat with other realistically and the puzzles work within the story. Moreover, the entire game is an homage to all adventure games. I hope to see more in this series.
2014-07-12 21:31:52 by Cogliostro
I really enjoyed playing this game, a good idea very well executed. I like the humour and the backchat between the main characters. I would have liked a few more non-inventory based puzzles (the couple that were included were not particularly challenging) but this is a personal preference rather than a criticism. If you have played a few commercial adventure games, you will certainly enjoy this game.
2013-12-12 16:36:28 by elentgirl
I absolutely LOVE this series! I was a big fan of the first game and I loved this one too. I hope this series continues and thank you so much for creating it!
2012-08-11 21:53:21 by Wyatt_Payne
Ooo, if I were on the AGS panel, I wouldn't know whether to give this 4 blue cups or 5! I would reckon the user ratings currently at 95% would tip me into making this 5 cups, but a lot of the visuals are naturally taken from other games...

Either way there are some great animations, and as Arj0n has noted, a homage to many old-school adventure games

2011-09-12 22:28:30 by Andy
This an excellent adventure game. The story was very clever and especially meaningful to those of us who've played adventure games since the 1980's. The graphics were wonderful, especially when evoking the classic adventure games of the past. Great job.
2011-07-23 21:50:21 by AndyfromVA
A fun, ambitious game. The sprite animation is some of the best I've seen in adventure games, and the original sprites are quite good, too, showing that the author has very good handling of graphics, despite having "borrowed" all the backgrounds from other games.

The plot is very well developed, though sometimes the cliches get a bit tiring.

2011-07-17 15:34:47 by jkohen
Good story with a number of clever twists and the puzzles felt just right. The game also had a good cast of characters and an exelent plot as well.
2011-07-14 14:33:21 by Clustered
Awesome, awesome game and series that I had fun playing and beta-ing! Look forward to a possible third game :)
2011-06-29 20:44:24 by FamousAdventurer77
There are 3 more comments that you can see >>>
I just wanted to say that I really enjoyed this game and the original adventure:the inside job too. I can tell that you really put a lot of time and effort into these games and they are a lot of fun to play. I hope to see another game in this series sometime in the future.
2011-06-25 18:06:01 by Michael (mmenees)
I loved the inside job and i was very pleased to see the sequel. I totally loved this one. What an amazing piece of work, especially thalia's close-ups, her moves and and her facial expressions.
i liked the scenes with her double as well.
The opening was very good as well, you really had me going for a while there...