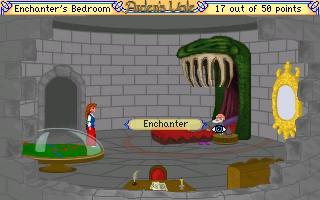 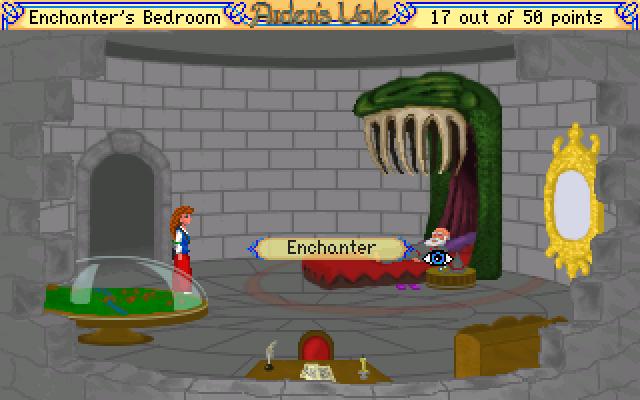 "A wonderful bite-sized adventure game with a couple of puzzle options, though once you head down a certain path the game 'locks' you into it, making certain obvious solutions impossible. Still, the only real drawback is that the game is over just as it starts to get exciting. Highly recommended!"

This was a really fun little game. I loved the overall feel of the game. The setting was great, and really appealed to my fandom of old Sierra classics. The graphics were beautiful in a low resolution. And the story, while short, was quite nice. Nothing in the game was too difficult or too easy. I also enjoyed the music. Most of all, I liked the humor.

I would play more. I loved that it left off on a little bit of a cliffhanger, hinting at more to come (although I don't expect we will ever see it, it's still nice).

(The download link was dead at the time of this message, I did a Google search to find a download at archive.org.)

Puzzles are just about right, there are good graphics and character animations, and also rather humourous. There is also a goal, a goal that is to get 50 points. Achievable (if you are good at puzzles)

I don't know why anyone would not want to play this.....it is fairly short....music could have been more captivating (but the music still good), can't think of any other drawbacks.

Great graphics and, for the most part, very smart puzzles. The music adds a nice atmosphere, and in general I got a very good feeling playing this game.

Some jokes scattered here and there might break the pace a little bit. The history is a bit weak, but the writing is good.

I enjoyed the lock puzzle. You'll notice that the game expects you to be focused; while short, it's not a casual game.