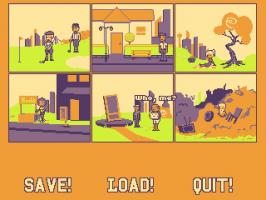 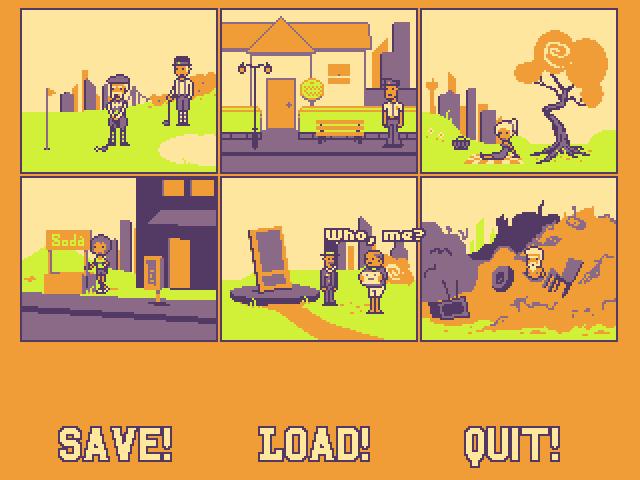 "A unique concept and presentation with some interesting puzzles."

What a classic! Brilliant puzzles and all the locations on one screen. A minimalist masterpiece.
2021-05-13 10:55:56 by heltenjon
A good, short game as I like them! Interesting visuals, the puzzles were original, really Think Outside the box-like!

There were some fun puzzles where the answers came to me like a lightbulb above my head after several scratches of the head.

A good lil game, though I do prefer some of your other adventures :)

2010-01-01 17:40:39 by paolo
I confess to having played lots of AGS games without ever feeling the need to vote or comment, but Ben Chandler's adventures along with Sebastian Pfaller's music have caused me to mend my ways now.

This one is another top notch entry: entertaining, funny, clever, highly original. Awesome!

2009-12-27 01:10:35 by Three-Headed Monkey
A little marvelous toy that fits on one screen. Even with all game elements being in great symphony, the way the music melts with the action caught the best of my attention.

The puzzles were very predictable and easy, but lot's fun. The final puzzle however was a bit drawn out, even when using pen and paper to solve it.