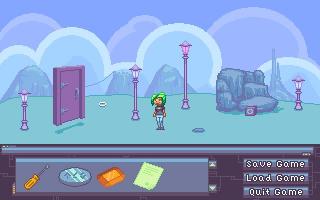 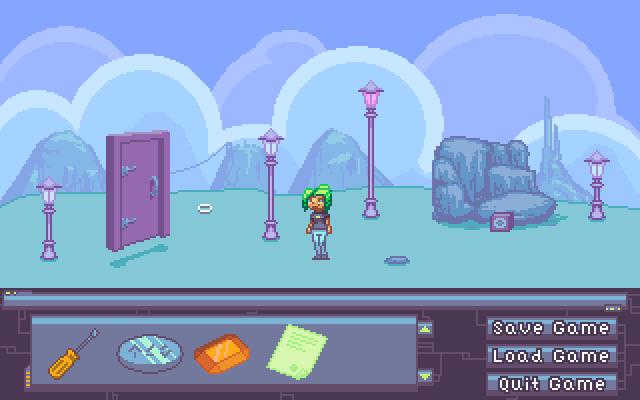 "This relatively short but puzzle-packed adventure sees the player planet-hopping to colorful worlds in search of a way back home. Going from one puzzle directly to another may bother some people, but anyone who enjoys a game where the focus is flexing your mind will find a lot to like here!"

The only thing I didn't like was the lack of several "Save" slots; it'd be nice to go back to different places and just look around, without having to start over or go back and forth or whatever, but that's a minor quibble (probably cuz I'm weird).

All in all, this' a great game and one you must play.

It's definitely my favourite Ben304 game! :)

Lovely bit of bitesize adventuring. Puzzles were nice, the art style fitting perfectly with the tone of the story and I love the narrator!

P.S. I found a bug, though: the lady in the door world appears again if you use the door again. Hope that wasn't spoilery.

I have seen dimensional laws being bent, the very laws of shape and matter being mocked, but never occured to me such an egregious breach of physics and geometry as on this journey!

Tears of joy bedewed my countenance when finally all was unraveled, as I felt I had ventured closer towards one of the last great frontiers of our time: The universe.

2009-03-05 08:17:14 by Eglamore Crownswhip (egalotron)
A very nice and cute game with very cool music, nice puzzles, wonderful backgrounds and animations. Play it now!
2009-03-02 19:02:36 by neon
Awesome graphics (as usual) and good work on the sound and music as well. The puzzles had a good difficulty level - I got stuck once or twice but not for too long - and the story, while not gripping, was certainly interesting.

There's a few 'look at' and one or two 'use' interactions missing, but nothing serious.

I'm annoyed at how long the lamp post puzzle took me to solve though :D

Now get a decent internet connection and make a talkie version! ;D.

Fav puzzle was the lamp-post level, abstract puzzle but made sense! Awesome!