~airwave~ - I Fought the Law, and the Law One 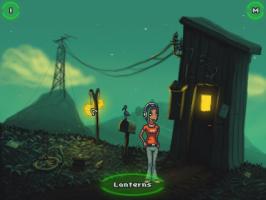 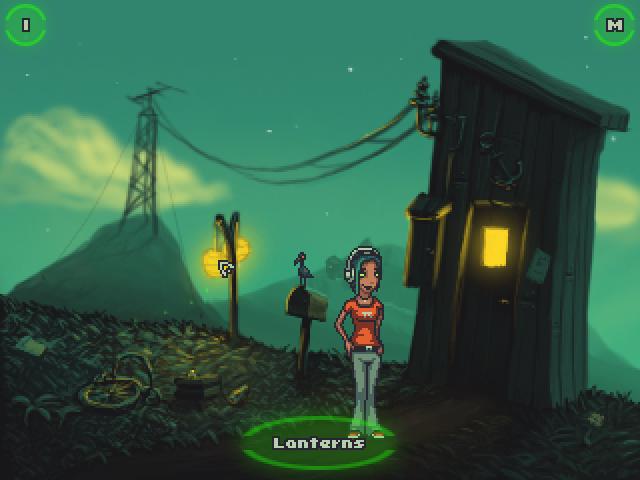 Download Options for ~airwave~ - I Fought the Law, and the Law One

"An indie music lover's wet dream - complete with a long and very authentic sounding radio broadcast delivered live in one of Ben Chandler's most interesting fictional realities. Nevertheless, some weak puzzles and lack of conclusion to the story (supposed to be just the first episode) put this game's rating down."

Great fun--and it ends on a cliffhanger! I trust the sequel's just a long time coming...? All of the characters you're meant to like are very likeable, the story is unique (truly one-of-a-kind), and even if some of the music wasn't what I'd normally listen to, it really set the atmosphere, which is at once otherwordly, funny, poppy, gritty. I found the puzzles to be balanced and only got properly stuck towards the end of the one with the mayor, which had to be triggered by an action chronologically. I think I need to refill my adverb/adjective bank now. Where oh where is the sequel (forgot the subtitle of it...)? Please tell us it's been accumulating six years of inspiration and at least occasional contribution? Oh yes! Graphics and animations are fabulous. Guess my bank had one more left. Thanks, ladies and gents.
2017-04-22 07:46:05 by Skeevy Wonder
Not much I can add to the other comments beyond: largely agreed. :-)
2014-09-05 23:46:50 by razedinwhite
nice themes, funny dialogue and good puzzles. The soundtrack is extremely enjoyable and the dj is hilarious.
2014-04-25 07:50:38 by xlynx
Worth of every minute. And actually a tribute to indie music.
2014-01-24 01:43:07 by Janos Biro
This is a really great game.
2013-05-27 01:29:27 by Michael2968
Nice short game, the continuous radio show in the background is a lovely touch. Hints at a bigger world that I'd like to see more of.
2013-04-22 17:15:45 by elegantmechanic
This game has excellent graphics and best immersion I have experienced in a game for a while. I loved the radio background audio with the crazy moderation and the different music styles and all that made up band names and gossip. The puzzles on the other hand were on the weak side. If you are looking for a game with great atmosphere and believable characters - play this! If you are looking for good puzzles this probably isn't for you.
2012-04-15 07:57:47 by cat
Had high hopes for this one after playing most of Ben's other games, but mostly got annoyed at the reliance on fictional artists (& whoever's on the game's soundtrack) for the humor, the flawed puzzles, and flawed soundtrack. Yes, the soundtrack: it had its moments but the annoying DJ voice and some bad singing voices (on otherwise good music) makes it hard to keep the music playing & to still focus on the dialogue.
The backgrounds are amazing though, and the game world looks really nice - it certainly has some of that uncanny Ben304-atmosphere.
2011-05-22 11:03:27 by Valentijn
Short game with great atmosphere, amazing "live" radio program, very strong backgrounds and fun characters.

Nevertheless, ~airwave~ has rather weak (and on occasion unfair) puzzles overly relying on certain actions working only at specific points in the game.