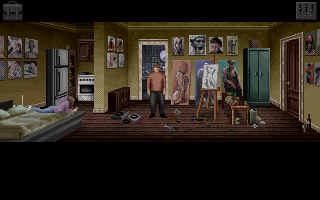 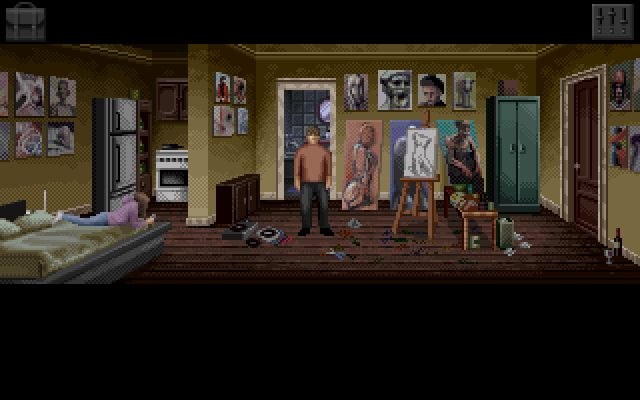 If you've played this game, why not help out and give us your votes?
15 people have rated this game so far:
Visual:
96%
Immersion:
85%
Puzzles & Pacing:
87%
Overall Enjoyment:
87%
This game features voice acting.

Metaphobia is an investigative mystery game in the style of
classic 1990’s point-and-click adventures.

STORY
Shortly after being elected mayor, Carl Elmstat is murdered by a thief who is quickly caught, convicted, and sent to prison – case closed. Carl’s son Richard however, is unsettled by the details and decides to investigate further on his own. His prime suspect? His father’s political rival– Edward Raban. Throughout the investigation, Richard will find out that the truth behind the murder is hidden deep under the ground – deeper than he ever could have imagined.

Wonderful game, with well-balanced puzzles, interesting story, and the rotoscoping is really really well-done. Played the game with my wife, and we really liked it.
2019-12-31 02:27:21 by HanaIndiana
Right up there with Heroine's Quest as "Most polished and spectacular free game made with AGS". Would happily pay money for this! Similar tone to "Samaritan Paradox" but with more of a "Gabriel Knight" vibe. Great stuff.
2019-10-28 13:39:20 by shaun9991
This game drew me inside like few others. The voice acting is fantastic, the puzzles are logical, the story is strange... Love this one, strongly recommended!
2019-10-15 21:52:00 by inwaterinair
What a great game! I was really thrilled by it. Better than many commercial games nowadays...
2019-08-27 21:54:43 by savetier
This is one of the best and unforgettable AGS games.

2019-07-06 20:48:05 by Fribbi
I really enjoyed this game. The story was slightly bizarre yet credible, animations artwork and coding were excellent, and the puzzles were all solvable if you had a really good look at everything. The soundtrack and voice acting were brilliant, and I look forward to anything this team produces. Well done, and thank-you!
2019-06-23 08:08:46 by Wiggy
Excellent production values (best rotoscoping in an AGS game), investigative story, old-school/adventure-gamey puzzles.
Recommended if you like adventure games like they did it in the 90s + a dash of Ben Jordan!
2019-06-22 23:59:46 by Tampere
Very intense, good dialogues, good story, puzzles, interactions, everything. Congratulations to the creators.
2019-06-20 20:33:41 by dark1981
You must be logged in to the forums to post comments.
© Adventure Game Studio 2022. Page design by loominous and Darth Mandarb; coding by AGA.
Page generated on 18 Aug 2022 at 02:45:43