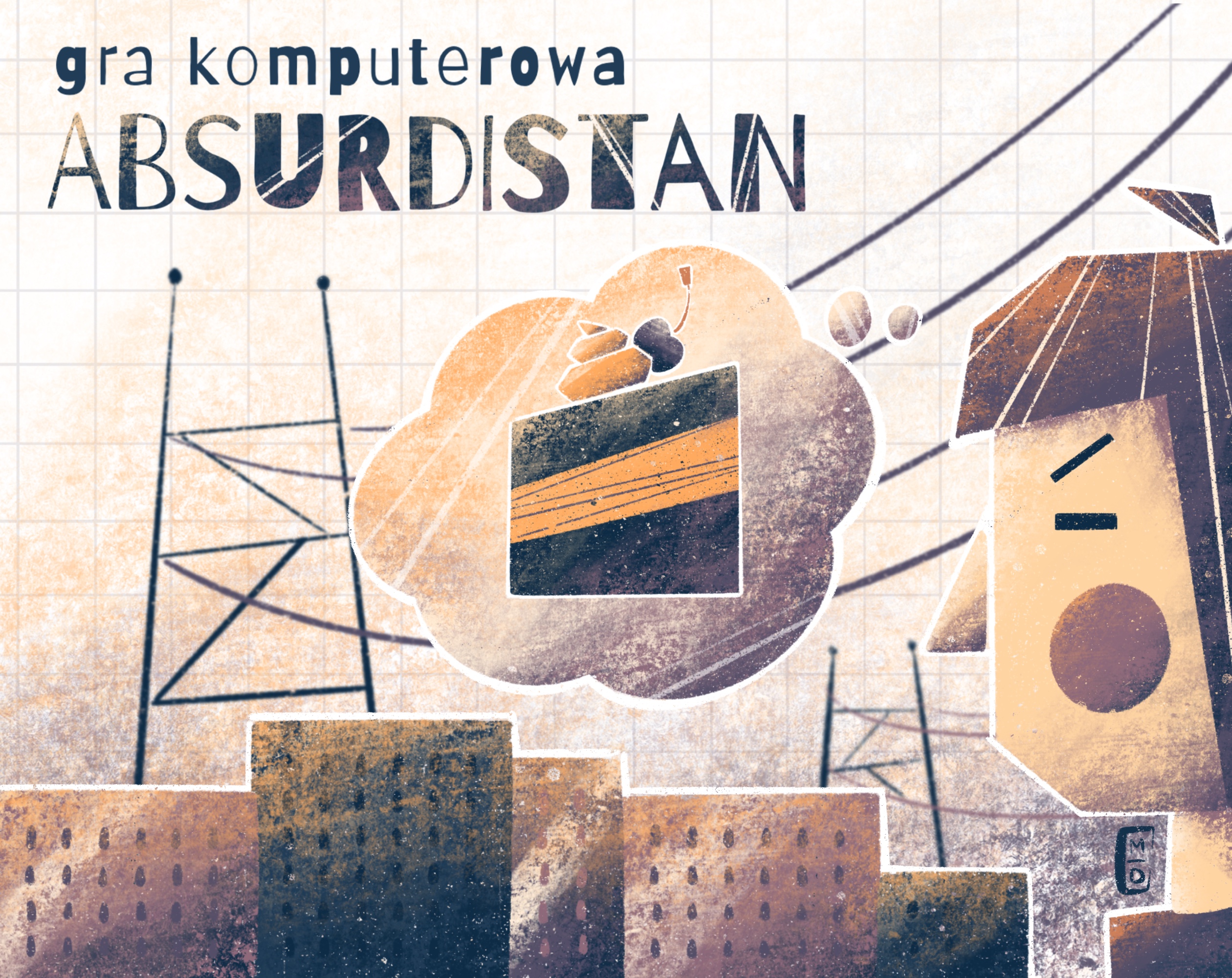 The Party needs you! You must come to Absurdistan immediately and join Leszek on his little quest to save his father's name day! A trifle you say? Oh, Comrade, how wrong of you! Don't you forget that Absurdistan is a place where logic is nowhere to be found and that Absurdanis are reluctant to help each other out. Where keeping your profile low and showing your devotion to the Party is your bread and butter. Hope now you understand that in this place even a simple task becomes an adventure in its own right.

There is no time to lose, so get your passport ready and hop on the first train to Absurdistan!

Glory to the Party!

You play as Leszek, a young Absurdani, who, just like his family, is fed up with the regime imposed by the Party. But, dear Adventure Gamer, fear nothing! Despite the seemingly gloomy setting, the game doesn't intend to get you down, as its main goal is to poke fun at many absurdities of the daily life in a totalitarian-communist state.

The game features a whole variety of puzzles, which, unlike the state of Absurdistan, do make sense. Some of them may even require you to grab something to write and figure them out in real life.

Manual: You control Leszek with the mouse and occasionally with the keyboard.

Left mouse click is used to BOTH inspect and interact with objects/hotspots/characters.

Right mouse click is used only to click out of GUIs, interfaces or deselect active inventory items.

This is probably a matter of opinion but due to low resolution the game looks best when played in a windowed mode in native resolution. I think it gives it a Yoda Stories vibe : )