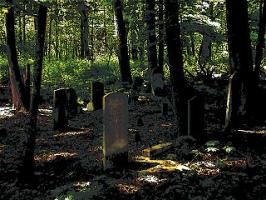 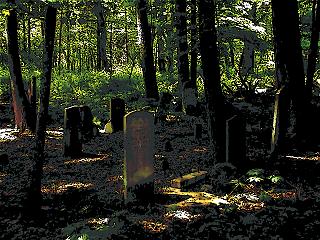 **UPDATE** Version 1.10 has been released and available on my site. Leon found a bunch of bugs, crashes, and I added some additional content to the endgame, end cutscene, put some extra differentiation into the two endings, and make the credits a little prettier. ----- While visiting your cousin in Leeds Point, New Jersey, a neighbor child goes missing. Being in the FBI (though a desk-jockey, not the field-op type), you are thrust into the middle of the investigation. Did the legendary creature take the child, as the mother claims? Or is something more nefarious at hand in the sleepy southern New Jersey pine barrens?
See the people who made this game and any other games they've worked on >>
poc301
Game Creator
3 other games: >>
Murran Chronicles 3: Lifedrinker of Landsdowne
Author, Background Art, Programming
Mr. Danger's Contest
Murran Chronicles Episode 2: Talons of Terror
Creator

"An interesting story is let down by a patchwork visual style, and an overall lack of visual clarity. Cursor/hotspot interactions could use some definition, but largely work well enough. Writing is above average, despite a few minor typos. "

I've seen several comments on the contrast between the sprites and the backgrounds and this is something which I usually mind, but I actually thought it worked out well in the Murran Chronicles. The backgrounds add to the atmosphere and the drawn sprites didn't distract me from it.
The one thing I did mind is the portrait of the main character, who, possibly because of the weird muppet mouth speaking animation, looks about 20 years younger than he's supposed to be.

Great start for a series, be sure to check out Episode 2 which is bigger & better.


2010-01-31 21:18:42 by Valentijn
An excellent first game! Graphics aside, Murran Chronicles 1 has a lot going for it - good puzzles, an excellent, well-researched story, and good character "voices." I only hope the main character develops a little more over time; he seems a tad bland.
2009-05-05 01:33:52 by Moodyblues (MoodyBlues)
Curious about this game. I enjoyed the story, even if the game is a little bit short.

A lot of pictures, characters ripped from various sources, that does .. euh ... weird , but efficient. Nice game btw, will play the second chapter soon, to discover improvements