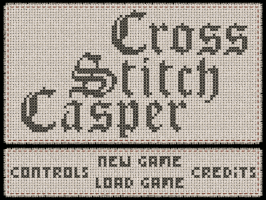 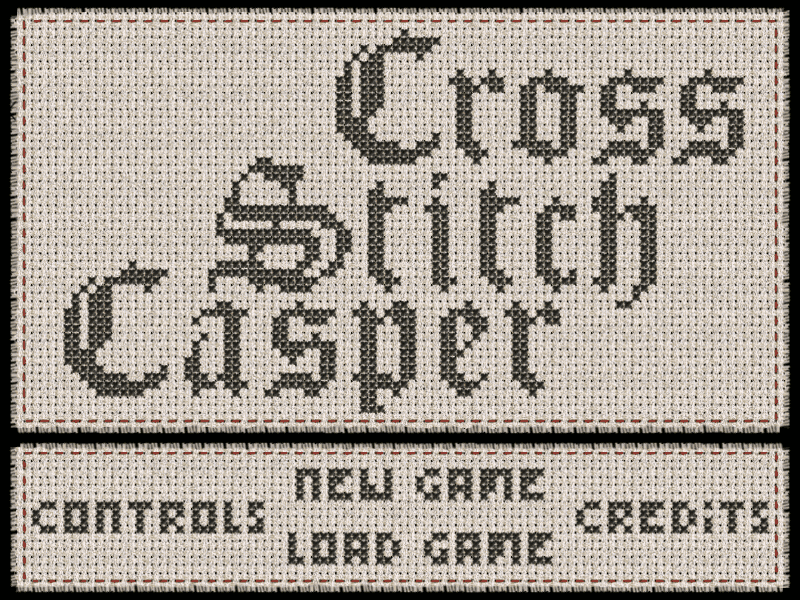 Most likely the only cross stitched adventure game in existence. Cross Stitch Casper is a game that focuses on story and characters. The homely embroidered graphics are in contrast to the bleak home of main protagonist. As player you control little Casper. But you're not him. You're just observing the world he's living in and the struggles he has to endure. How will he manage to get through his daily live's struggles? Will he at all? The only person sympathizing with him seems to be his grandmother. Then again, how much can an old woman do?
See the people who made this game and any other games they've worked on >>
san.daniele
pretty much everything
Atelier
proofreading
4 other games: >>
Tactician: Civil War
Creator
Journey To Hell
proofreading
OSD: The Wet Spot
Play Testing & Baiting Hooks
A Woman For All Seasons
Proof-Reading
Stupot
testing
11 other games: >>
Kanji Gakusei
Testing
MONSTER WANTS IN
Tester
DarkForce: Peace among nations...
Grammar and spell checking.
Feng Shui And The Art Of TV Reception
Testing and feedback
Power Nap
Game design, art and story
Minifeg: The search
Beta testing
Hen Man: Origins
Game design and art
The Samaritan Paradox
Testing
Noughts & Crosses
Everything
The Art of Dying
Betatester
Tile Puzzle
Everything

"Cross Stitch Casper is short, gloomy, and embroidered. It's also extremely moving, as we watch Casper, our child protagonist, struggle to understand and survive the harsh world of adults.

The finest moments are when we as player first realize the true nature of Casper's situation, beyond his own naive, innocent descriptions of it. The contrast between the ubiquitous god-fearing embroideries and the misery of the home they adorn is very effective.

Perhaps an even shorter, even more naked account of Casper's experiences would be preferable, as this game tends to lose focus towards the end, and the puzzles turn into a repetative go-to-screen-X-to-get-item-Y routine.

The ending is absolutely heartbreaking, and even though the technical solution to [spoiler alert] create the fire at first seems style-breaking, it's actually pretty symbolic that the flames aren't cross-stitched - since they burn up not only the house but also the canvas and the stitches that built up the game world."

Superb short story featuring a young boy with his mum, drunken dad, and a good ole neighbouring nana to lend a hand.
2019-12-04 00:00:12 by Andy
GRAPHICS
Interesting concept with the graphics but it makes the text nearly illegible! Had to play it in a small window to read it.
The original stich graphics are ruined by some less-than-average overlay effects in the end.

STORY and PACING
The quality of the story and game pace is very uneven. It starts (very) strong (made my heart break), while the middle and near-end is slow and it loses the personal touch, probably because of the non-existing puzzles and the objects placed on two opposite ends (a lot of slow walking to get something and bring it back).