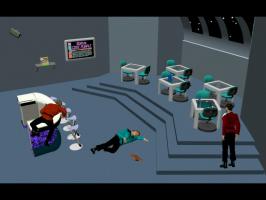 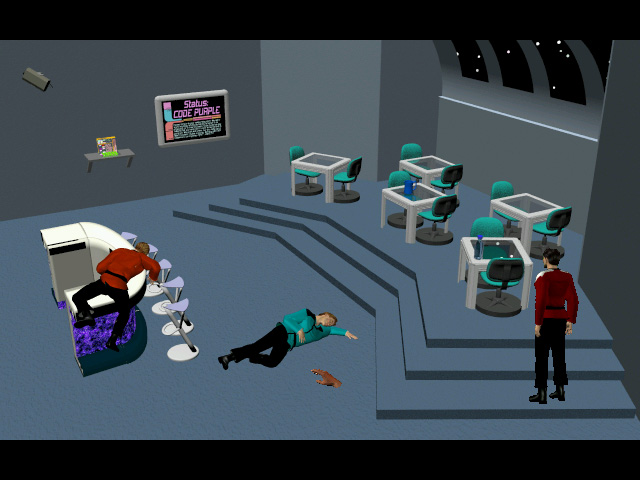 Download Options for By the Sword: Conspiracy (playable first chapter)

This is the old 2003 playable demo of "By the Sword: Conspiracy", which is really just the first of 6 planned chapters in the first of what was to be many games in this universe.

The year is 2197. You are Lieutenant Ronald Garner, a Star Force officer who is caught in the middle of an interstellar conspiracy.

Escape the clutches of the Stellar Patrol, journey through the jungles of an alien moon, and solve the mystery of the dead admiral and an attempted incursion into the very heart of the Star Force.


In this demo, you have to escape your doomed ship, the S.S. Merrimack, before it is destroyed.
See the people who made this game and any other games they've worked on >>
TerranRich
Graphics, Story, Characters, Code
1 other games: >>
Snakes of Avalon
font and logo advice

Most demo's I have played are fleeting, over and done with before you know it, the full game never to reach the light of day.

Did the full game get completed? With a release date of 2010/2011, it is not looking promising!

But the difference with this demo is that it is pretty much a Chapter 1. There is a good solid 45 minutes of gameplay, with lots of tech-y puzzles. An enjoyable game that can easily be overlooked.