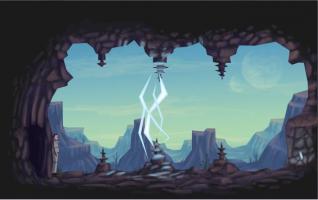 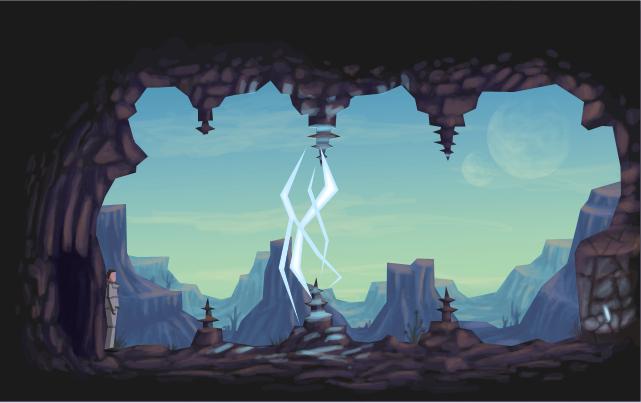 "Wonderful production values and atmosphere. And the cheek to compete with Another World in stylishness and gameplay! Somewhat shaky controls and lack of finality in the plot reveal this game is meant as a prototype for an even more accomplished adventure."

Absolutely loved this game! The jumps take a little while to get the hang of, but I soon found myself bounding around like a pro. There are some stunning visuals, and as I'm sure you read by now, this is very similar to Flashback, Another World.

Known bug: If you get to a scene with a sliding door, you will only have one chance to get through it. (I found this out in the forum and had to restart the game)

2017-07-29 11:08:50 by Andy
An amazing technical achievement and brilliant artwork - greatly reminiscent of Another World / Flashback. I do hope the full game will eventually be made!
2013-04-03 11:27:27 by CaptainD
Infuriatingly hard, manual needs a specific mention of the shift+up jump, and the last room semed to bug out for me, forcing me to start the game over from the beginning. A great idea, but the controls and AGS as a platform simply can't do justice to the idea.
2011-10-27 10:00:57 by WHAM
Awesome game, and the plot seems very interesting. It brings great memories... Impatient for the full version!
2011-09-18 19:43:29 by ner0
Visually it was amazing, but I couldn't play it because the controls were extremely frustrating. The key combinations felt unnatural and were unresponsive. I really wanted to like this game but after banging on the up key and shouting "JUMP" at the computer several times I couldn't take the stress anymore.
2011-07-22 04:31:30 by Mary (Artist4U)
interesting idea, really beautiful design and nice, elegant opening,
but,, I have to say, ultimately the jumping became too frustrating, slow and annoying, especially with ags' unresponsive controls,
you soon end up in a never ending retry loop,

I love the style, since it really brings me back to Another World, Flashback, etc.

Emotional deepness generated by background art and by silence.