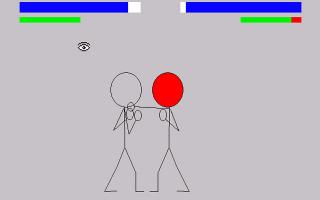 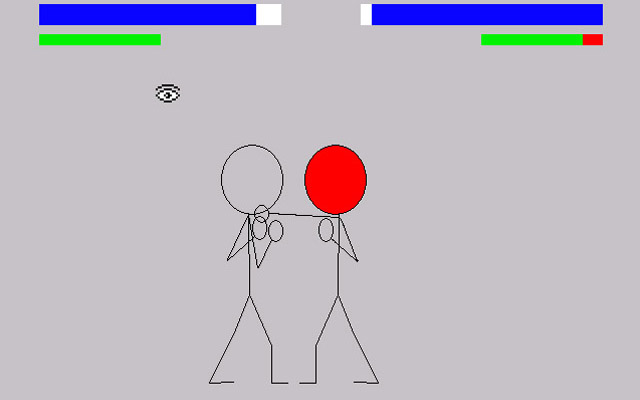 Current version: 2009 v1.0 This is the 2009 version of Ahmet's AGS Fight Game, which was originally coded for The Great Stroke-Off! in 2005. Instead of an update on the old scripts, I have decided to re-make everything. The main difference between the 2005 and 2009 versions: 2005 version was scripted by a highschool student, 2009 version is made by a 3rd grade computer sciences student ^^ Other important differences: *Compatibility with the latest AGS *Basic Newton physics in order to maintain a more fluent gameplay (like acceleration and surface friction) *Stamina system: The player won't be able to keep attack buttons pressed and gain an unproportionate advantage *Comprehensible variables: Easier to understand the codes *Health and stamina bars

Usage notes: *You need some basic AGS and coding knowledge in order to implement this source game into your own AGS game. Variable and structure names are intelligible English words or physics terms. *Scripts are based on AGS room objects, instead of AGS characters. *Appoint your fighting character views into 'int player_view' and 'enemy_view' variables TO-DO's: I believe this version is sufficient for a good fight scene in your adventure game, because of its simplicity, but I guess there will be developers who would need more advanced features like those; *Jumping enemy *Direction changes. Defaultly, player is on leftside and enemy is on rightside. It isn't possible yet player jumping over the enemy and the opponents changing sides. *Combo system *Crouchings Terms of Use: You may use this source game in your own (both freeware and commercial) projects, just don't forget to mention my name in credits.
See the people who made this game and any other games they've worked on >>
Gord10
Scripting,graphics
14 other games: >>
Lost Answers
Author
A Short Nightmare
Author
Utopia of a Tyrant
Author
Triangle Head's Adventure
Programming, arts and story
Self
Author
Rufus story
the Ahmet's AGS Fight Game module
Lost in the Nightmare: 'Save Our Souls'
Author
Ahmet's AGS Fight Game Remix
Scripting Sound and Original graphics
Are We There Yet? 2
producer
Lost In The Nightmare 2: Unforgettable Memories Demo 1
Author
Lost In The Nightmare v1.1
Producer/Story
Great Stroke Off!, The
"Drunken Violent Bums" Video Game.
Lost In The Nightmare - Demo
3D mapping, scripting
Asporia: Hidden Threat
Scenario, 3D levels, scripting

"This provides AGS game makers with a pre-scripted fight engine that, while unsophisticated, gets the job done."