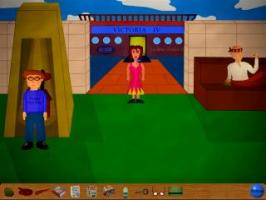 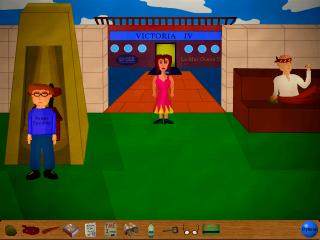 A romantic boat ride turns into hell for Jerry Hadson and Shila Rider, a young american couple, as their boat crashes into the shore of a mysterious small town.

When Jerry, later on, gets convicted for a crime he never comitted - it's your job, as his girlfriend, to find the real criminal, and save Jerry from his personal nightmare.

I played this game once 10 years ago, and I must say it has been a pleasure to play this game again! So much thought has been put into the storyline, there are so many different places to explore, and the puzzles are right on par.

The main drawback is the dialogue. It is sort of a broken English. Graphics aren't brilliant, but I find them bright and pleasing on the eye.

Overall, this has been nominated for three awards for a reason, well worth checking out!