Adventures in the Galaxy of Fantabulous Wonderment 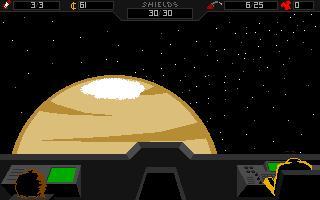 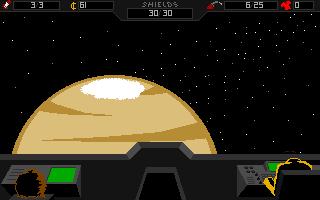 Download Options for Adventures in the Galaxy of Fantabulous Wonderment

"Simplistic but solid visuals and a dose of sci-fi nerd humor punctuates this offering by Yahtzee, but it seems clear that he couldn't decide where the game's focus should be -- and the end result is combat that's watered down and simplistic, side quests that are repetitive and a story line that could have used some more focus and effort. Overall it is still a game that most people should find enjoyable."

Although there are some repetitive bits, this is thoroughly worthy of a place in the AGS Hall of Fame (theoretical though that hall may be) - definitely worth a play if you haven't already!
2020-04-14 14:15:24 by CaptainD
The story was really great, but some of the puzzles were repetitive (space travel). I think that more puzzles with the Redshirts could have helped. Also, there could have been some bleeping console sounds while in the cockpit of the space ship to give a better feeling of being into space, instead of no sounds/music. Because that's where I've spent most of my time, trying to make some money.

Otherwise, I really enjoyed the game! Loved the humor and the main characters. But with better graphics, it would have ROCKED!

Very good job on this one!

2016-07-12 03:24:59 by Feenyx
I just realized I had a copy of this game and the original download *IS* gone. Anyone who wants to play this little gem can find it here: http://castironmuse.com/games/GFW.zip

2016-01-13 02:50:48 by Cogliostro
Incredible!
This game is a hybrid between adventure, RPG and trading game with lots of minigames and sidequests. Very impressive that this is possible with AGS.
And all of the parts work together. I spent ours on trading to improve my ship. A soon as you get bored with that, you can go back on the main quest or a sidequest or...

This beautifully made game has adventure, spaceship combat, planet exploration, many nice minigames and, of course, a lot of humor.

This game reminds me of Star Control 2 - and that's enough to call it "Amazing".

2008-01-11 22:41:05 by Alex (Vae Victis) (Vae Victis)
There are 4 more comments that you can see >>>
WHOA!, is this game good! No, "good" doesn,t do it justice. ONE OF THE GREATEST GAMES EVER is better. Blending several genres into a satisfying whole is tricky but yatzhee has pulled it of excellently! That combined with hillarious characters, wonderfull humour and one of the best plots ever, makes this a game, that is bound to remebered as a classic. So what are you waiting for? Considering it's small download-size there is no excuse for you not to download and play it. You will enjoy it!

2007-08-11 16:14:08 by accolyte
The legendary Yahtzee delivers once again--and what a delivery! This is one of the best AGS games ever! I love all the mini-games inherent in it, and the humor is great. I'm amazed at the way the limits of AGS can be pushed here. Great job!
2006-07-31 15:02:30 by KingMick
While I was initially disapointed that Yahtzee's next game didnt turn out to be "Nine days a Knifing", Adventures in the Galaxy of Fantabulous Wonderment kicked ass. Featuring twisted humour, an intriging plot, an open ended adventure and a wide variety of gameplay styles. Two thumbs up.
2005-11-07 00:40:04 by Erik Hogan (earok)
WOW! What an awersome game!
This game has one of the best endings for a game that I have seen for many many years. Not only that, but it has two main endings which makes this even better!
The concept of the redshirts is great! I loved it. The puzzles were good, I didn't get stuck, but some required a bit of thought.
The side quests and sub games were good too. Something you don't see in Adventure games much is a bit of "live action" requiring cursor movement and this was done wonderfully and used in appropriate places.
The characters were interesting and the main plot was intriguing.
A lot of this game reminded me of Elite 2 which isn't a bad thing. I like building up the ship to make it tougher, stronger and better. The only bad point I could make is that the trading got tedious, not because I had to do so much of it, but because I had to talk so much just to make a trade. However this is only a minor gripe.