The Fan Game - The Secret of Monkey Island - RECODED -
(10 downloads)

Donald Dowell and the Ghost of Barker Manor 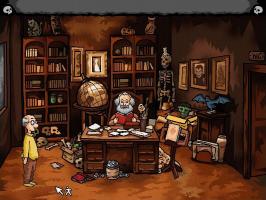 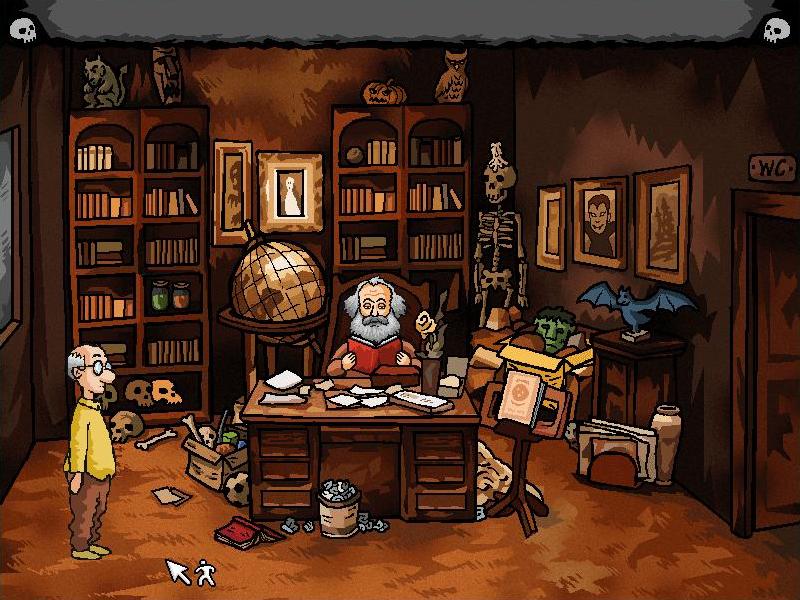 Download Options for Donald Dowell and the Ghost of Barker Manor

Pros: A well polished, full length game. Nice art finished with a high resolution. Lots of colourful characters and locations.
Cons: The non-linear style of gameplay and story often left me with no clear sense of direction making it very difficult to proceed.
2016-05-18 05:36:55 by Two Tales
Other than a lack of response for many interactions it was fairly good.
2015-02-09 08:48:41 by mkennedy
Adventure Game with medium / hard puzzles with a captivating script with a intelligent humor! The main character is charismatic and very original (a "je ne sais quoi" between Woody Allen and Milhouse Van Houten).

The tributes brighten this game! At various moments during the game numerous references are presented, some more explicit and others more discreet. There are from great writers (Joyce, Kafka, E. Hemingway, Jonathan Swift...), some classic games of Point nÂ´Click (especially titles of LucasArts), TV series of the 80s and some more older (Abbot and Costello/Laurel and Hardy).

There are also for characters of comics (Marvel, DC ...) but in the sequential art, one in particular caught my attention: that was made to Tiziano Sclavi/Sergio Bonelli and two characters of his most famous works. This was Very nice!

2014-01-13 02:42:02 by donkeymilk
Absolutely wonderful game! A very charming protagonist with an artfully crafted world for him to toddle through.

The laughs come thick and fast, the plot is intriguing, and the graphics and animations are highly detailed and slickly professional.

I cannot recommend this game higher. For me it ranks right up there with all the classic old LucasArts titles.

Get it or regret it!

2014-01-10 22:59:02 by Mandle
Donald Dowell has great visuals, great humour, good cartoon character personalities of both the protagonist and the NPCs. The story is engaging and entertaining and the game is a perfect length.

For the most part, the puzzles are well designed and enjoyable. I would definitely recommend playing this game.

So it has been said and so it shall be done!

2013-12-11 14:56:21 by Mandle
The game is having a good success in Italy andÂ it is currently being localized to english !!!Full game will be localized by the translation teamÂ Rum Corp(se) Localisation ProÂ (http://rumcorpse.wix.com/rum-corpse-localisation/apps/blog/donald-dowell-and-the-ghost-of-barker), composed of the talented Italian girls Claudia Mucavero e Marialuisa Ruggiero, authors of the excellent Italian localization of gameÂ "The Marionette"Â (made with AGS -Â http://www.teameffigy.com/).Full english version will be ready before the end of the year.
2013-08-20 10:25:28 by AprilSkies
The game will be soon available in italian langiage (I think in 2 or 3 weeks - we are testing!). Then we will start the translation in english (I don't know how much it will take). it will be Freeware!
2013-04-21 09:08:09 by AprilSkies
I think this was a good demo and I am looking forward to playing the full game.
2013-04-08 12:49:16 by Michael2968
You must be logged in to the forums to post comments.
© Adventure Game Studio 2022. Page design by loominous and Darth Mandarb; coding by AGA.
Page generated on 08 Aug 2022 at 01:25:18