Tales From The Outer Zone: The Construction
(13 downloads)

A Prelude to an Adventure
(4 downloads) 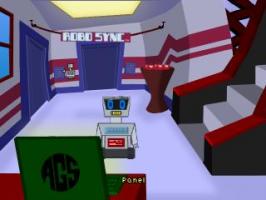 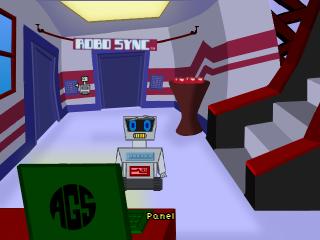 Here's the whole sequence in order to get the skin (if you haven't played the game yet, don't read any further):

First use the ladder on the sign, to get sign with rope. Then, use sign and rope on yourself to detach them apart. Then paint with markers on the sign to create a fake flag. Send mail to boss from gloria. Enter room and use fake flag on real flag.